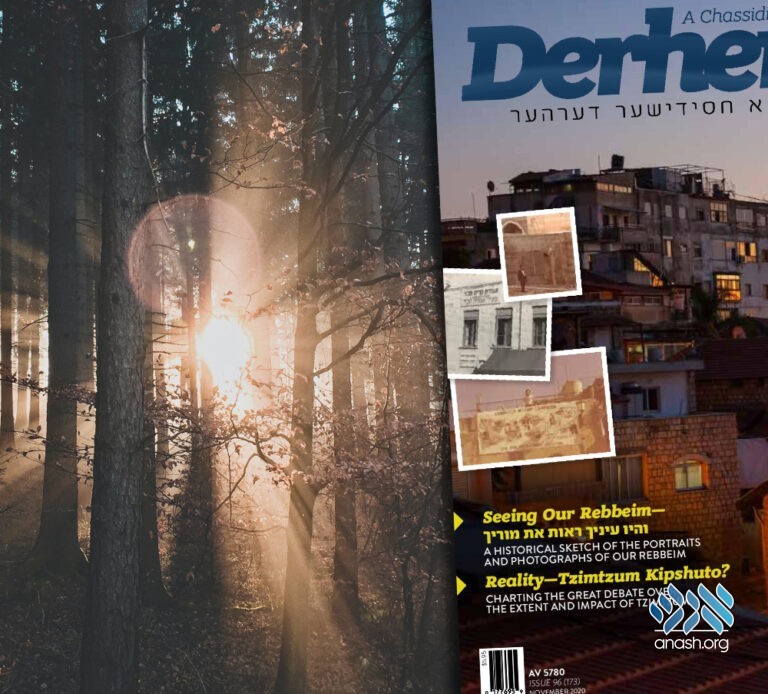 This month, scholars of Chassidus were delighted to find a clear and thoughtful overview on the of the subject of tzimtzum in the latest edition of A Chassidisher Derher magazine. Download here on Anash.org.

The Great Debate: Derher Unpacks One of the Oldest Kabbalistic Feuds

Are spiritual things limited to a specific location or space, or are they everywhere?

For example, the logic that 2 plus 2 equals 4—is that idea everywhere?

Well, it’s certainly not limited to a specific location; the same way it’s true in one place, it’s true in another. You cannot talk about it using physical terms—like north, south, east and west—and you cannot touch it. It’s beyond the limitations of time and space: whenever and wherever you have two and two, you will have four.

So in a certain sense, one might think that spiritual things are everywhere too. (One might even think that this is what we mean when we say that Hashem is everywhere: He is spiritual, and therefore he isn’t limited in physical location.)

But if you think into it a bit more, you will discover the problem with this perspective. Is this idea really everywhere, meaning in every single place? Does this idea have any connection with this place? Is it actually here more than anywhere else? Of course not. It is beyond space, it is beyond location, since it exists in a higher realm, the world of intellect. So, on the one hand, it’s not limited to a specific location.

The definition of something “existing” in a particular realm or space—as we naturally understand it—is that it is there, that it has some actual connection to, and effect on, the space. If it has no actual connection to this space, then in its world, it does not exist. Just as physical beings exist only in one specific location, spiritual things only inhabit their own specific realm.

This discussion has a very important bearing on understanding the reality of Hashem’s presence within our physical world.

Kabbalah teaches of the process of “tzimtzum”:

...Before anything physical or spiritual was created, the simple infinite light of Hashem filled everything, and there was no empty place. When Hashem decided with his abstract will to create creations, he contracted the light… right in the middle of it… and there remained an empty space.

Throughout ensuing generations, the debate of tzimtzum kipshuto or not ravaged through Jewish thought until recent times when, through the influence of the teachings of Chassidus, almost all Jewish communities have come to understand that tzimtzum is not kipshuto.

This month, scholars of Chassidus were delighted to find a clear and thoughtful overview on the evolution of the subject of tzimtzum lo kipshuto in the latest edition of A Chassidisher Derher magazine. Replete with diagrams, illustrations, and scores of references, this read will enhance the appreciation for this fundamental concept in the study of Chassidus.

Enjoy a complimentary copy of the full article here.

Join thousands of subscribers and have the monthly magazine delivered to your doorstep for a complete A Chassidisher Derher experience: www.derher.org/subscribe.