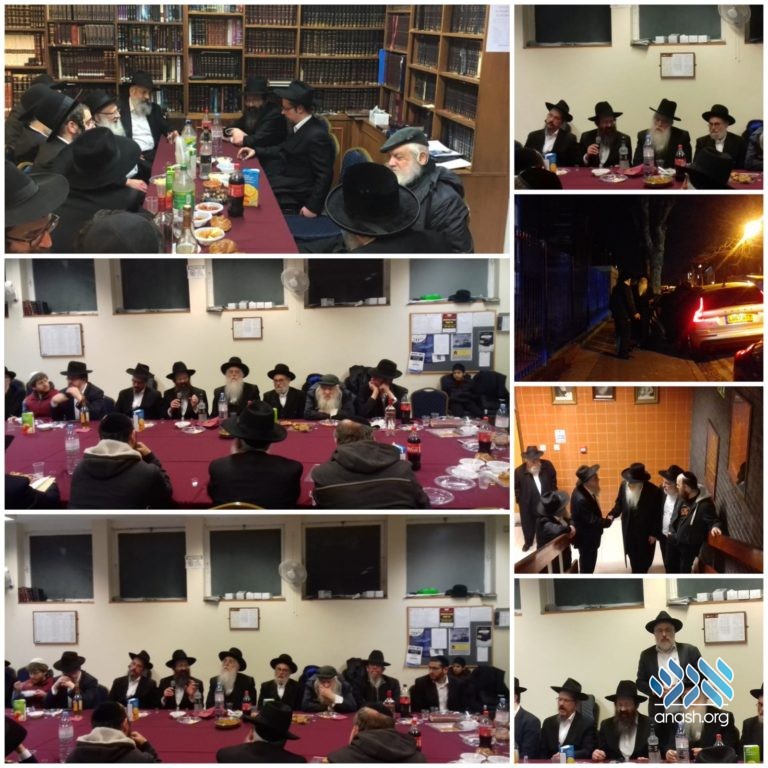 Another significant guest at the farbrengen was Rabbi Meir Porush, Israeli deputy minister of Education, who has served in the Knesset in the Agudas Yisrael faction of United Torah Judaism. He was also part of the Jerusalem City Council for 13 years, and for seven years served as deputy mayor of the city.

In his many official positions, Rabbi Porush has supported Chabad Chassidim tremendously and has also fought for Shleimus Ha’aretz. During Knesset meetings that discussed the planned Disengagement, he quoted the Rebbe’s sichos, explaining the severity of evacuating Jewish residents from their homes and the danger that the move could bring to the country.

Rabbi Porush’s father, Menachem Porush, also served as the chairman of Agudas Yisrael, and was a member of the Israeli Knesset. In his talk at a Johannesburg farbrengen, he shared a story (1:02) from when he served as a go-between between the Brisker Rov and Frierdiker Rebbe, as well as his yechidusen with the Rebbe.