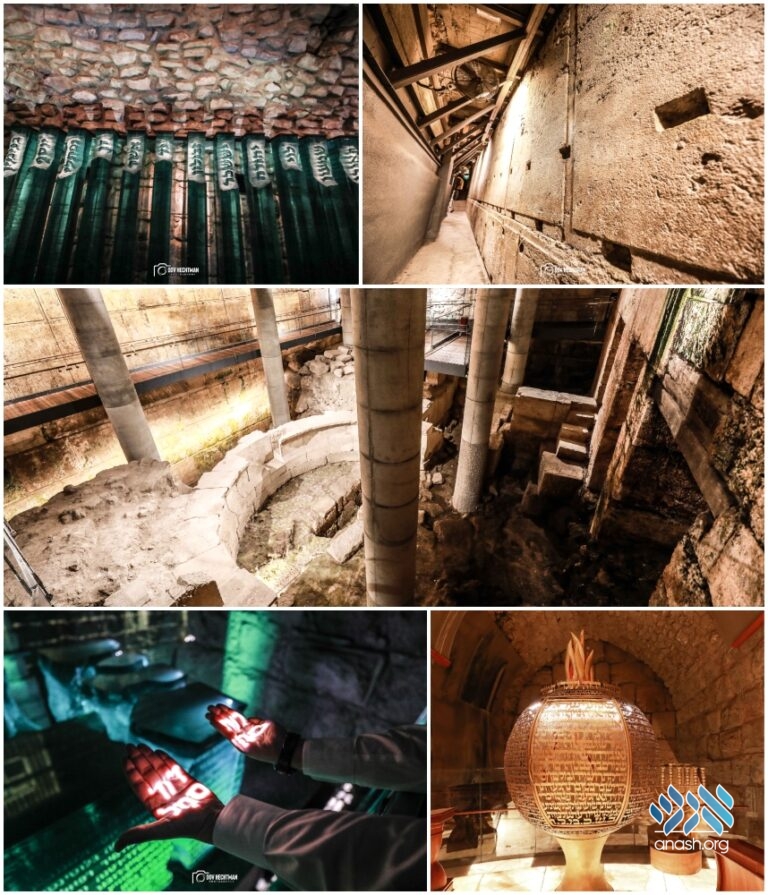 The Kosel Tunnels recently announced the completion of two exciting new projects, which had been completed during the two years that the Tunnels had been closed due to the covid-19 pandemic.

The Western Wall Heritage Foundation recently announced the completion of two exciting new projects at the Kosel Tunnels, which had been completed during the two years that the Tunnels had been closed due to the covid-19 pandemic.

The first is the renewed Chain of Generations Center is a hub of six underground spaces that take the visitor on a moving and exciting journey through Jewish history using unique state-of-the-art technology.

The Chain of Generations Center project entailed work on high-quality content, integration of advanced and unique technologies, and the creation of breathtaking spaces – all of which combine to create an unforgettable personal experience.

The Foundation also launched a new route in the Kotel Tunnels – the Great Bridge route.

The Kotel Tunnels will now include two tour routes, each showing parts of the Kotel that had been hidden from view as well as exciting discoveries. As opposed to the Great Stone route, which shows the entire hidden length of the Kotel, the new route goes down another level underground and exposes the glory days of the Bayit Sheni at the foot of the Kotel.

The story of the Great Bridge is also the story of the glory and destruction of all of Yerushalayim. The water aqueduct on the bridge is an engineering wonder. To lead water from Shlomo’s Pools in Beit Lechem, the Chashmona’im built an aqueduct that was 23 kilometers long through Armon Hanatziv, Mishkenot Sha’ananim, and the Jewish Quarter. This engineering wonder, created with what was advanced technology at the time, is evidence of Jerusalem’s glory. The aqueduct served as one of Yerushalayim’s main water sources for almost 2,000 years until the days of the British Mandate.

The continued excavations in the Kotel Tunnels sites at the base of the Kotel continuously reveal another layer of Yerushalayim’s history and the connection of all Jewish generations to our eternal capital. Through the information revealed in these excavations, we can fill in the missing parts of the story of our city, the center of the world.

Over twelve million visitors from Israel and from around the world come to the Western Wall and its adjacent tourist sites annually. In previous years, due to the coronavirus pandemic, much of the Western Wall Tunnels sites’ activities took place remotely. During this time, the Western Wall Heritage Foundation worked on upgrading the Western Wall Plaza, the sites, and the restrooms for visitors.

“We are excited to open the Tunnels sites to the general public, and happy about the high demand after a period of time in which the public connected mostly from afar. We invite the public to embark on the Jewish nation’s journey through the generations reaching to today and experience the excitement that passes from family to family, from generation to generation, at the most significant site to the Jewish people,” the Foundation said.

“The Foundation invested tremendous efforts in order to create quality content that connects all visitors, no matter where they are from, to the heritage of the Western Wall and the Jewish nation’s chain of generations.  Over the years, the Foundation has developed an array of unique programs and tourist sites offering visitors extraordinary sensory, empowering and emotionally-moving experiences,” they said.