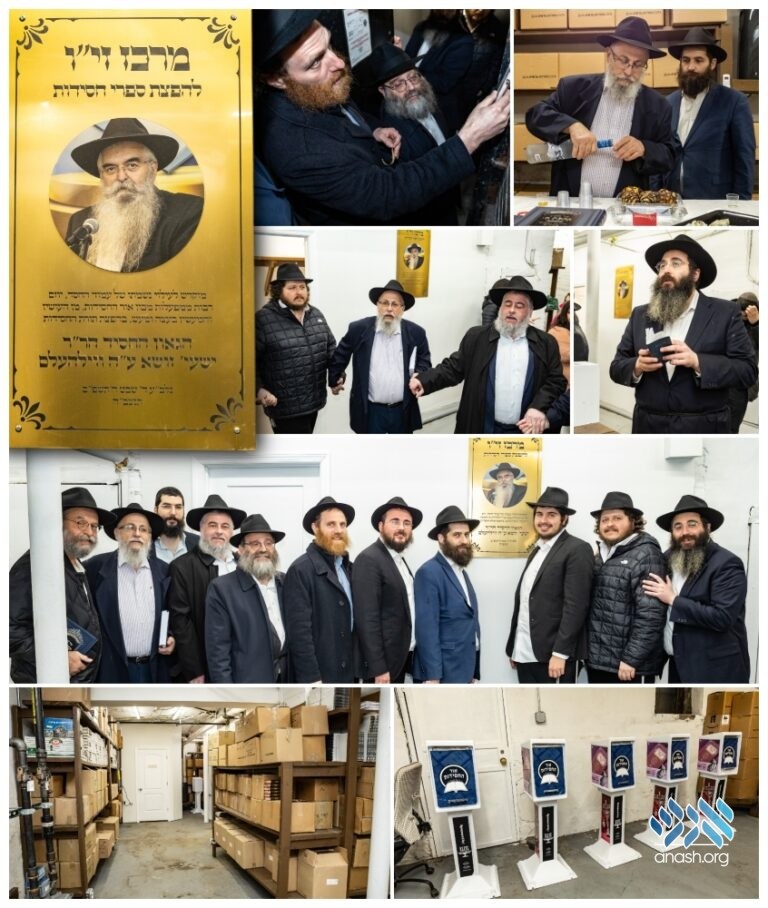 A new office and storage space that will host the Ohr Hachassidus organization was dedicated by the Likras Shabbos staff and the Wilhelm family in memory of Rabbi Zushe Wilhelm, marking the siyum amiras hakadish after his passing.

On Sunday, Gimmel Kislev, Ohr Hachassidus dedicated and put up mezuzos a new office and storage space that will host many of the organization’s activities. The staff was joined by the family of Rabbi Zushe Wilhelm a”h as they dedicated the New York Ave location in his memory, on the day of the siyum amiras hakadish for him.

Rabbi Wilhelm was renowned for his vast knowledge of and love for Torah and Chassidus. He authored numerous seforim and taught thousands of students during his years as dean of the Oholei Torah Mesivta. Since his untimely passing in Shvat of 5782, many initiatives have been established to continue his legacy.

In a fitting tribute to a chossid who devoted his life to making Torah learning accessible to bochurim and anash, the new Likras Shabbos office donated by Rabbi Wilhelm’s family will be utilized for printing, storing and coordinating the distribution of Sifrei Chassidus and weekly learning pamphlets.

After putting up mezuzos, the Wilhelm family, who donated the new space, shared a l’chaim with the Likras Shabbos staff, headed by director Rabbi Avremi Mann and expressed heartfelt wishes that the words of Torah and Chassidus that will be disseminated from this library will bring about the ultimate aliyas haneshama with the coming of Moshiach.