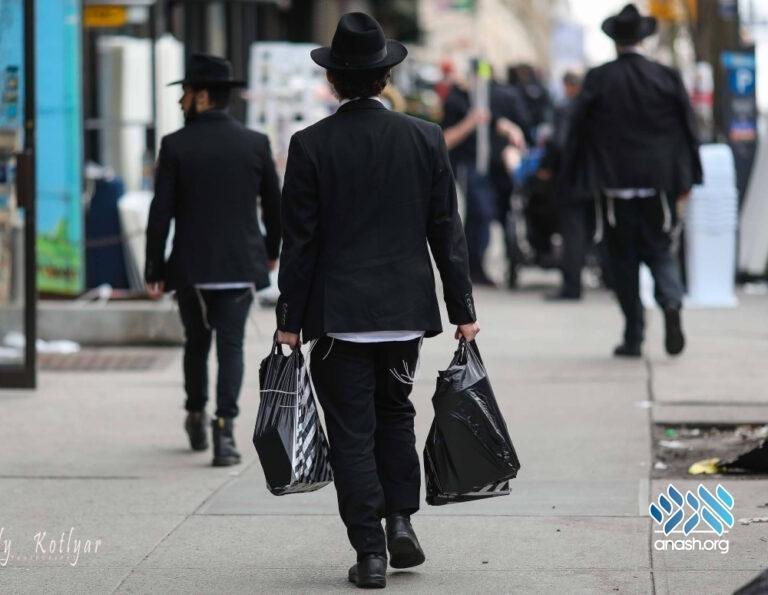 Over the years, a lot of misinformation has been spread regarding the frum community and its educational system. Knowing the true facts is the first step to combatting the wave of disinformation spread by bad actors.

Over the years, a lot of misinformation has been spread regarding the frum community and its educational system. More recently, bad actors have capitalized on these falsehoods in a calculated attempt to impose fundamental changes in how our yeshivas educate. Therefore ProtectChinuch.com wishes to clarify important facts and address a few of the more prevalent misconceptions.

Claim: The Charedi community is a burden to taxpayers.

Members of the Charedi community are taxpayers and are entitled to taxpayer services like everybody else. However, they likely receive less funding than the average New Yorker. In the 2020-21 school year, New York City spent more than $30,000 (!) per student enrolled in public school. That’s more than $60,000 for a family with two children. Charedim send their children to private school, so they receive almost none of that funding. So even a family of eight that receives the maximum SNAP benefits (food stamps), which is likely the largest welfare program used by the Charedi community, is only eligible for about $18,000 per year for the entire family. So even if every Charedi family of eight received the maximum SNAP benefits (which is not the case), they would still receive less than one-third of the funding as the average New York City family with two children, and many Charedi families don’t receive any welfare benefits at all, whereas, about 90% of New York City’s children receive public school funding.

Claim: The Charedi community is dysfunctional.

The Truth: The Charedi community is a thriving community with a very high quality of life.

Charedi neighborhoods have significantly lower crime, drug, and homelessness rates than the average New York neighborhood. They also experience higher marriage rates, lower divorce rates, and larger and stronger families. There is also a strong sense of community, and it is not uncommon to have hundreds of friends and relatives attend a wedding or a funeral. There are also many social support systems available to all members of the community.

Claim: Charedim are insular due to their focus on religious education.

The Truth: Charedi communities have been using progressive ideas for thousands of years.

The frum community voluntarily redistributes wealth among community members through communal organizations and institutions supported predominantly by the wealthy. Organizations include those that support the needy, widows and orphans, care for the elderly, pay for medical bills, and even help those in poverty pay for weddings or other life-cycle events, among many other community assistance programs. The Charedi community in New York has the largest volunteer ambulance service in the world (Hatzalah), providing cutting-edge medical emergency services free of charge. Hatzalah in New York also has one of the fastest ambulance response times in the United States.

The Truth: Almost every Charedi child receives an extensive and invaluable education.

Though the Charedi community pays its tax dues like everybody else, the government provides almost no funding to yeshivas. Yet, nearly every Charedi child, rich or poor, is enrolled in a private school where they receive an invaluable education. Yeshiva students receive an exceptional education in critical and analytical thinking through the study of the Talmud and develop a strong work ethic. In fact, many graduate schools, including most law schools, accept Talmudic degrees in place of a bachelor’s degree for admission. Students also spend a lot of time studying ethics through various religious texts which educates students to be kind and generous.

Claim: Charedim suffer due to their lack of extensive secular education.

The Truth: Charedim live longer, experience more happiness, and are possibly the demographic with the highest well-being in the U.S.

According to Gallup’s Well-Being Index, which measures career, social, financial, community, and physical wellbeing, very religious Jews experience higher well-being than almost any other demographic in the United States. Religious Jews were also found to be the happiest religious group. Religious Jews also seem to live longer. One study found a “more than six years of difference in life expectancy at age 55 by religious affiliation … and Jews have the lowest mortality of any religious group.”

Claim: The frum community in New York is poverty-stricken.

According to a 2015 Pew Study (p. 15), a Charedi was three times (24%) as likely as the average American (8%) to earn $150,000 or more, and Charedim generally earn higher incomes than the U.S. general public. (The study distinguishes between modern Orthodox Jews and Charedim.) The myth that Charedim suffer from poverty is just another variant of a historic antisemitic trope.

Claim: The government should assert itself in education in minority communities.

The Truth: In the past, the government got involved in minority educational communities and did tremendous, irreparable harm.

The government has an abysmal track record when it has interfered with education in minority communities. Whether it be Native American, Black, or Latino communities, it often did significantly more harm than good. In fact, in 1969, Congress publicly apologized to the Native American community for Federal policies its report found to be “one of coercive assimilation.” Federal government policies, Congress admitted, had caused “the destruction and disorganization of Indian communities and individuals” and perpetuated “[p]rejudice, racial intolerance, and discrimination towards Indians,” all of which combined to have a “disastrous effects on the education of Indian children.” In noting the cause for their policy failures, Congress blamed the Federal government’s “self-righteous intolerance of tribal communities and cultural differences.”

It should also be pointed out that in New York, the public school system has done such a poor job educating minority students that in 2019, more than 80% of Black and Latino eighth-grade students were not proficient in Math or English.

Unfortunately, due to these misconceptions, the government wants to interfere with the frum community’s schools and force them to modify their curricula. It is up to you to make your voice heard now before it is too late.