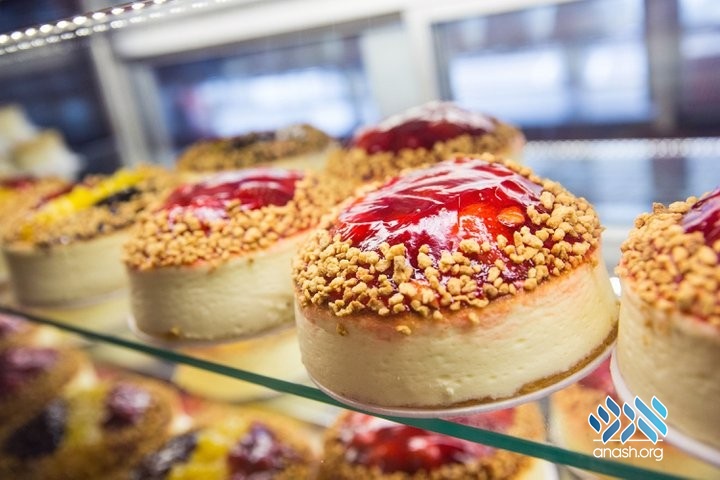 How may I bake dairy pastries for Shavuos?

Poskim mention the custom of making dairy bread for Shavuos. Generally, Chazal prohibited kneading dough or baking it in a manner that makes it milchig or fleishig. Since bread is commonly eaten in both dairy and meat meals, it must be baked as pareve. If bread was made milchig or fleishig (e.g. by adding such ingredients, or in an oven together with uncovered meat or dairy), it is considered unkosher and may not be eaten at all. This applies even to reheating it in a way that makes it milchig or fleshing.

An allowance was made by Chazal if one is making only a small amount of the bread, for it will be used up quickly and won’t mistakenly be eaten with the other type. (The size of each loaf isn’t of significance, rather the total amount.) R. Yosef Karo seems to limit this to the amount for just one meal, while the Rema allows the amount that will be consumed within a day. One may bake on Friday enough for the entire Shabbos, but baking enough for a two-day yom tov (e.g. both days of Shavuos) is prohibited according to the consensus of the poskim.

Another allowance is if one employs a shinui (abnormal feature) or heker (sign) on the bread itself before the bread is fully baked. Once it was baked in a manner that would be forbidden, it can not be made permissible through reshaping or adding a sticker.

The point of the shinui is to make the bread in a noticeably different manner so it will be evident that something is different, causing people to wonder and ask why. Though this solution may work for home-baked goods, it isn’t usually applicable for bakery items in which a change may not be apparent to all their potential clients.

A heker can be accomplished by either by baking in a different shape or sticking a paper to the actual bread before it is baked that indicates its dairy or meat status. Similarly, if the meat or cheese is noticeable from the outside, it is permissible to bake it in such a manner (as is the case by many cheese knishes or danishes).

Some poskim hold that any pastries that are ordinarily not eaten with meat may be made milchig. Others are even more lenient and permit making milchig (or meat) crackers, contending that Chazal only prohibited regular bread. However, others prohibit dairy pastries which aren’t marked, since they might be eaten for dessert after a meat meal.

In practice, one may bake milchig pastries, but not fleishig pastries, since they may be eaten with coffee (i.e. milk).