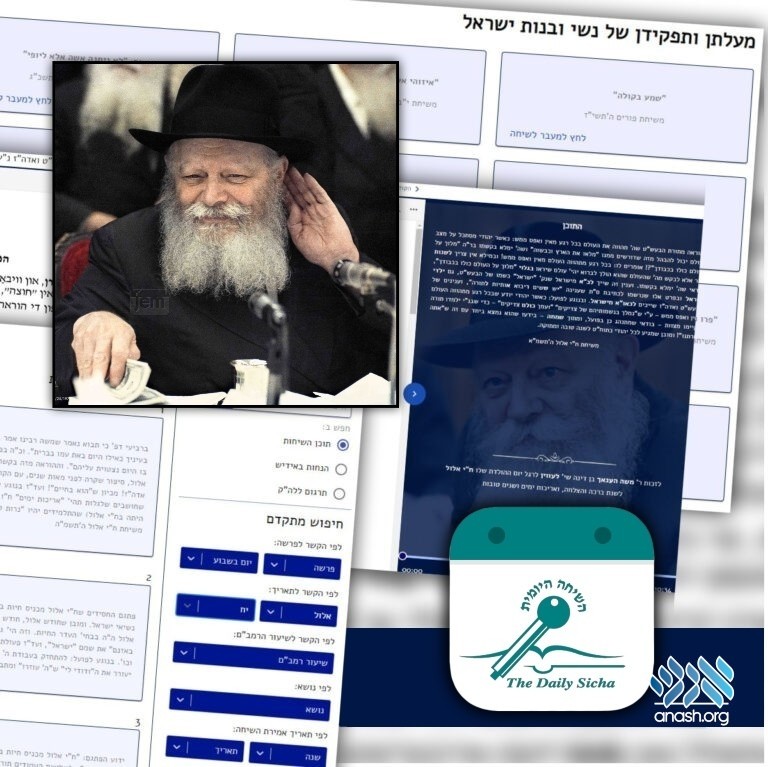 The ‘Sicha Yomis’ program, which selects a ten minute selection from the Rebbe’s sichos for every weekday of the year, is now launching in English, making the daily clip even more accessible to Chassidim around the world.

For the past 26 years, the Sicha Yomis program has strengthened the hsikashrus of many by preparing an excerpt of a sicha of the Rebbe to listen to on every weekday.

The popular program selects an approximately ten-minute clip of a sicha connected to each day, one that ties in with the time of the year, the daily Chitas or that day’s Rambam. Many shuls play it between Mincha and Ma’ariv, and yeshivos play it before the bochurim conclude their day.

Now, in honor of Gimmel Tammuz, Sicha Yomis has announced that they will be adding English translation to their daily program, allowing them to bring the Rebbe’s words to a broader audience. More details will be made available in the coming days.

The website already offers free access to the transcript of the sicha in the original Yiddish, the Hebrew translation, as well as mp3 files of the sicha audio for those who would like to play it without an internet connection.

Director of Sicha Yomis, Rabbi Tzvi Hirsh Gurary told Anash.org, “Our hope is that this will increase the koch in hearing the words of the Rebbe as he said them, and will bring closer the time when we will be privileged to hear a new Torah from the Rebbe, may it be immediately now.”

Several months ago, Sicha Yomis launched an updated app, with a beautiful user-friendly layout and a variety of new options to facilitate daily listening. The advanced search feature allows users to search through the entire Sicha Yomis archive (which includes about 2500 sichos!), by topic, date, or keyword.

Listen to the sicha at www.theDailySicha.com