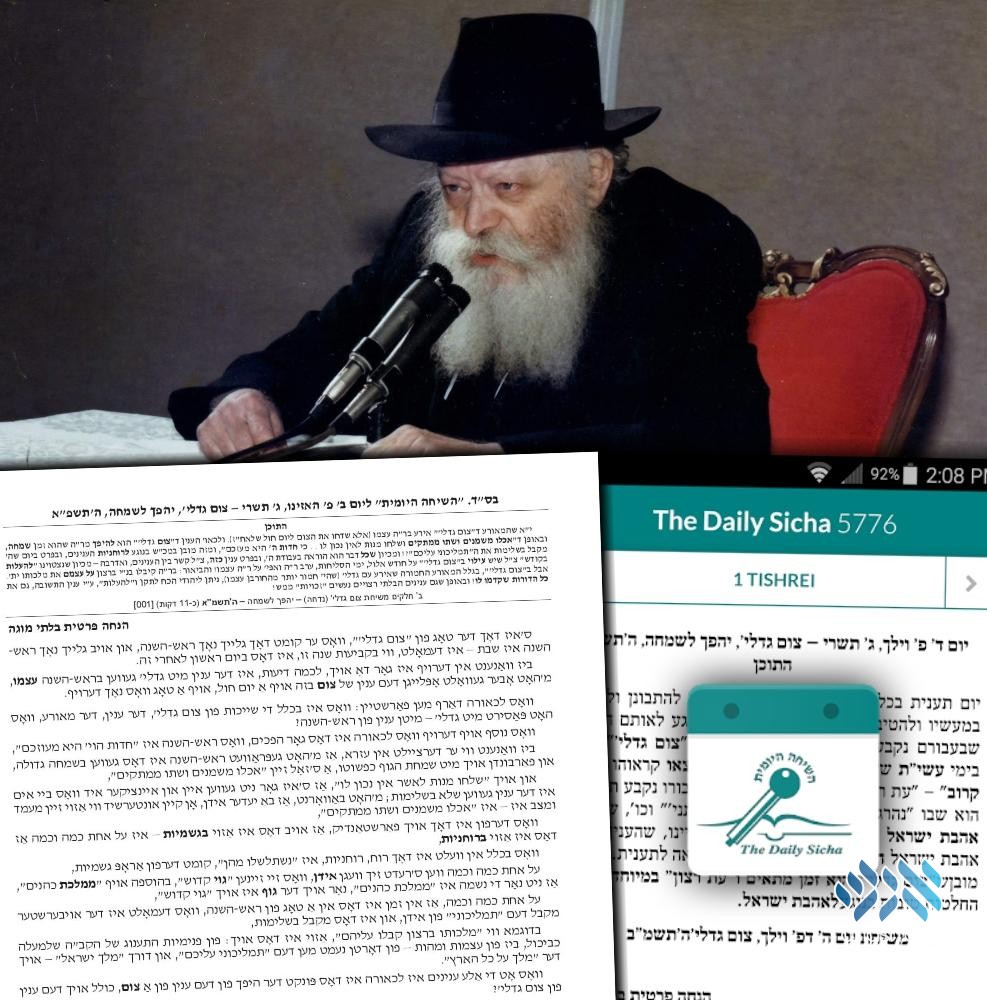 To mark 25 years since the launch of ‘Sicha Yomis’, the creators are offering the full print-outs for 5781 free of charge, in addition to the audio files and popular app already available.

For the past 25, many Chabad yeshivos, shuls and individuals have utilized the Sicha Yomis program to strengthen their hsikashrus by hearing a sicha of the Rebbe every weekday.

The popular program selects an approximately ten minute clip of a sicha connected to each day, one that ties in with the time of the year, the daily Chitas or that day’s Rambam. Many shuls play it between Mincha and Ma’ariv, and yeshivos play it before the bochurim conclude their day.

Six years ago, Rabbi Tzvi Hirsh Gurary, director of Sicha Yomis, made the daily program even more accessible by creating an app, through which anyone could listen to the sicha while following along in the text. The app currently has over 5,000 downloads on the Google Play Store and hundreds of 5-star reviews.

For yeshivos and shuls, however, there was still an annual fee to receive the pdf file of the sicha transcripts for the year. In honor of the 25th year since the founding of Sicha Yomis, Rabbi Gurary has removed that as well, offering free access to the entire Sicha Yomis 5781 database.

The site offers the transcript in the original Yiddish or translated into Hebrew, as well as mp3 files of the Sicha audio for those who would like to play it without internet connection. On the homepage, one can also access previous transcripts, divided by topic.

Sicha Yomis for 25 Tishrei:
See below for transcript