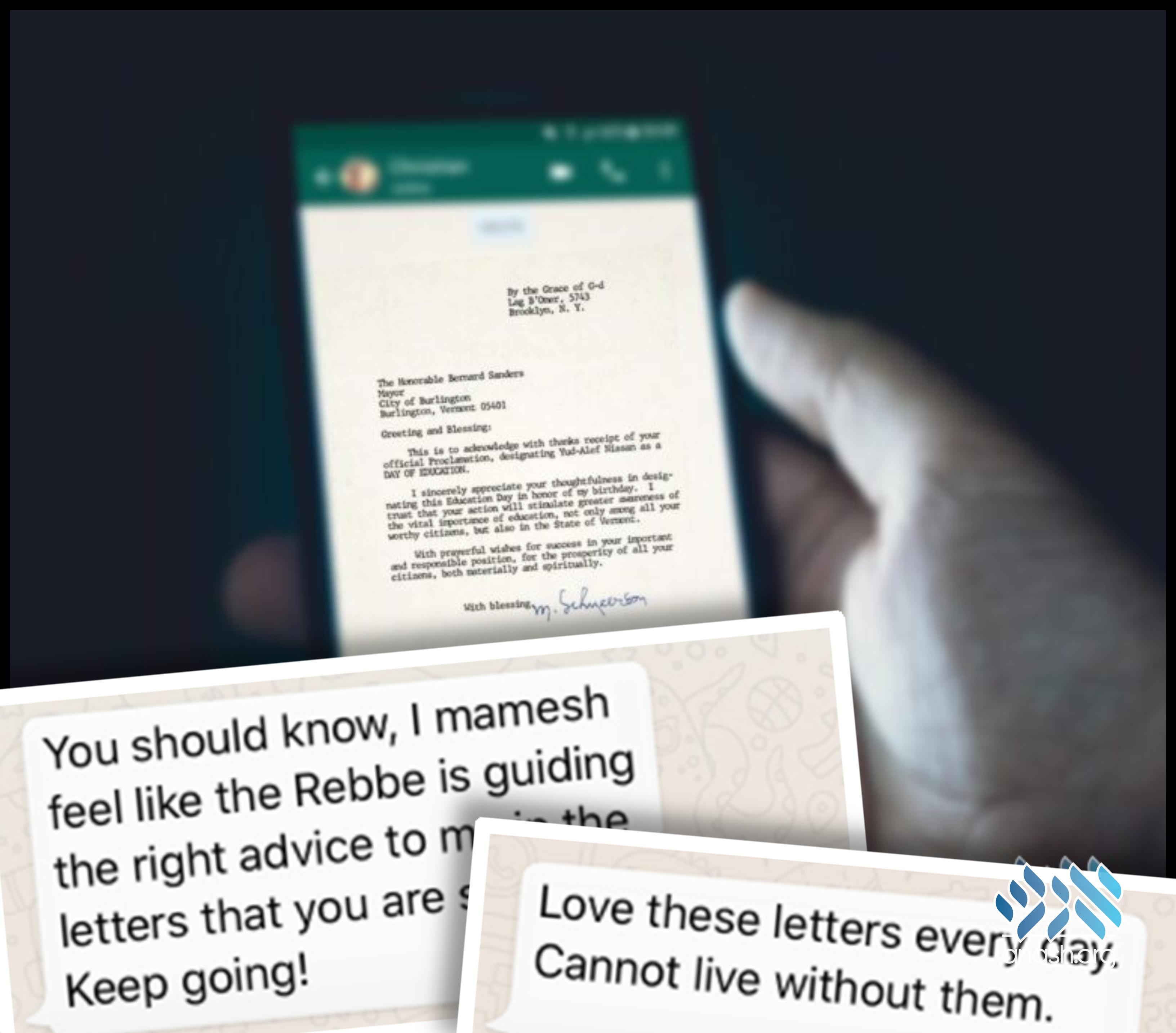 “The Rebbe is guiding me through the letters that you are sending,” a grateful participant told Rabbi Gershon Avtzon, creator of a daily broadcast of the Rebbe’s letters.

Three months ago, Anash.org announced the launch of a new WhatsApp group broadcasting letters from the Rebbe on a daily basis.

“I mamash feel like the Rebbe is guiding me through the letters that you are sending,” one participant enthused. “Keep going!”

“The daily Igros has made such a difference in my life!” another user shared. “This is the greatest gift for us, that we can live with the Rebbe in such a way! Thank You, Thank you, Thank you!”

These responses are feedback from real people – like you – who have signed up to receive the “Igros Yomi – Daily Igros” broadcast. Every day, a letter of the Rebbe – in Hebrew and English – is sent to hundreds of people worldwide.

The broadcast is a tremendous source of chizuk, guidance and connection.
Click here to receive the “Daily Igros” or message ‘Subscribe’ to ‘Daily Igros’ +1 (513) 399-7916.