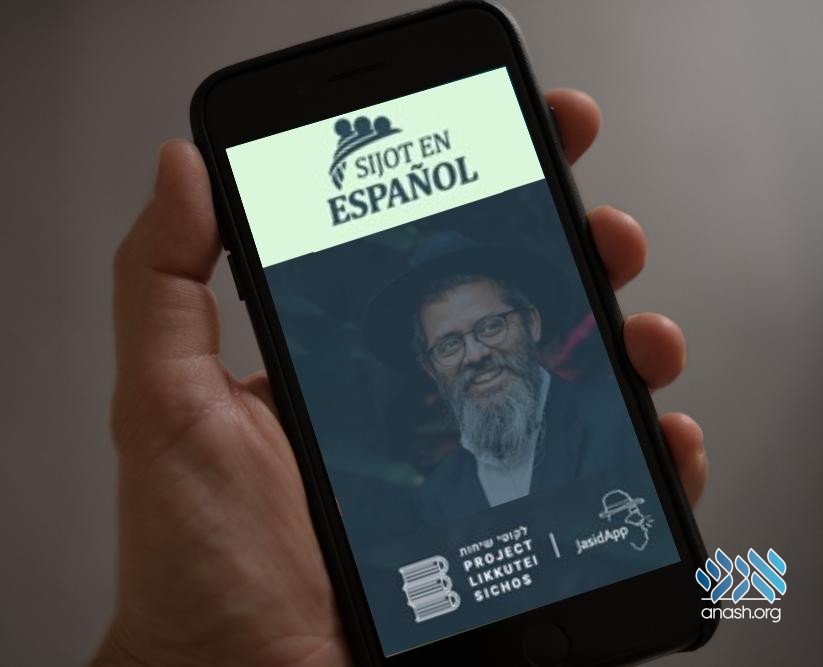 After investing a large sum of money into developing the Sichos in Spanish app, the drop of the Argentinian Peso is forcing the creators to turn to the public to help them raise the necessary funds. Donate, and you can win a beautiful silver menorah.

Something new has come out from Sichos in Spanish who have continued with their Shlichus of the Rebbe in spreading Chassidus.

In the past month they released a new app to fill any gap left within the Spanish speaking community towards learning Chassidus. The app has already had more than 50 thousand audio participations within a month!

The app gives Jews from Argentina, Chile, Mexico, Spain, Columbia, etc.the ability to hear every day a shiur on Chassidus or a Chassidic farbrengen or story.

Reviews have been pouring in from Jews from all backgrounds overjoyed that with a click of the button they can learn Chassidus from a text, audio or video.

Sichos in Spanish has been translating Chassidus into Spanish from 1988. Rabbi David Stoler started the initiative as a Bochur in 770 translating the weekly sichos of the Rebbe into Spanish. The Rebbe gave many brochos towards this new translation of Sichos.

After moving to Argentina on Shlichus in the 1991 he started working on translating Sichos into Seforim in Spanish. Working together with Kehos Argentina (Kehot Lubavitch Sudamericana) under Rabbi Nosson Grunblatt, they have translated three volumes of Sichos into Spanish.

The Jasid App is a project created by Sichos in Spanish in the works since 2018, the app was released in connection to Project Likkutei Sichos. a worldwide project of learning Sichos of the Rebbe. It contains various Seforim in Chassidus in reading format for anyone to study. In addition there are thousands of audio, video shiurim given by Shluchim from all over Latin America. One can get willingly lost in the vast amounts of Shiurim found on the app.

Since its release over 50 thousand people have listened to Shiurim on the app. But they need your help! The economy in Argentina has been terrible for the past few years and the AR Peso has dropped in value at a rate of over 50%. Costs have risen and money is needed to continue the many Peulos done over the past years.

Lighten up the world with Chassidus in honor of Yud Tes Kislev and Chanukah with this donation! All donations are tax deductible