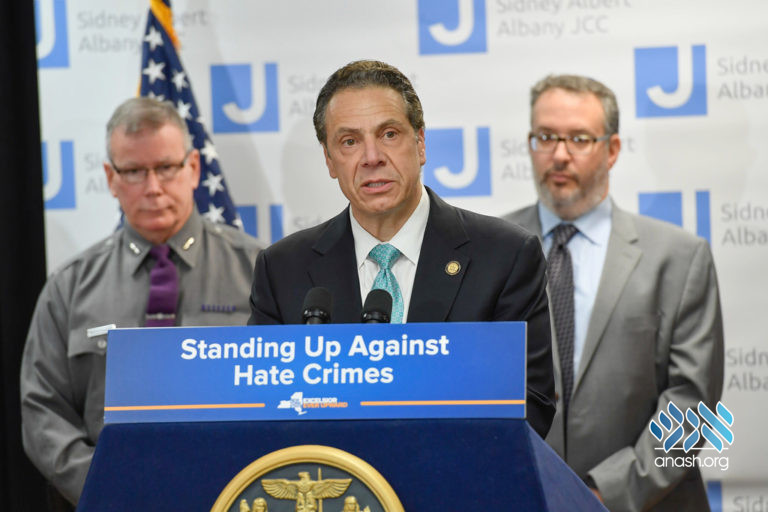 A Jewish man was assaulted and robbed in Brooklyn on Tuesday in an incident captured on video and posted on social media.

Four men cornered the man, with long sidelocks and wearing a long black coat, then punched and kicked him. The victim, 24, surrendered his cellphone to his attackers.

“I am absolutely disgusted by yet another vicious attack on a Hasidic Jewish man in Brooklyn, and am directing the State Police Hate Crimes Task Force to assist the NYPD in its investigation into this robbery and assault to ensure those responsible are held accountable to the fullest extent of the law. Let’s be absolutely clear: there is no place for hate in New York. We will continue to do everything in our power to stop these cowardly acts of anti-Semitism and hatred of all kinds that have become pervasive in this nation, and we will call them out whenever they occur.”

Brooklyn of late has seen a string of attacks on visibly Jewish people.

Former New York state assemblyman Dov Hikind in a statement called on the police department to increase patrols in Jewish areas such as Williamsburg “until this wave of violent anti-Semitism subsides.” Hikind is organizing a rally at City Hall Park on Sunday to call for an end to attacks against Jews.

The Anti-Defamation League announced in a statement that it is offering a reward of up to $10,000 for information leading to the arrest and conviction of the individual or individuals responsible.

“The video footage of this violent encounter is incredibly disturbing, and we are glad that the NYPD Hate Crimes Task Force is assisting in the investigation of this horrific crime,” said Evan Bernstein, the ADL’s New York-New Jersey regional director. “This incident comes at a time when visibly observant Jewish individuals are unable to walk the streets of Brooklyn without feeling fearful that they may be assaulted or attacked because of their religion or faith.”