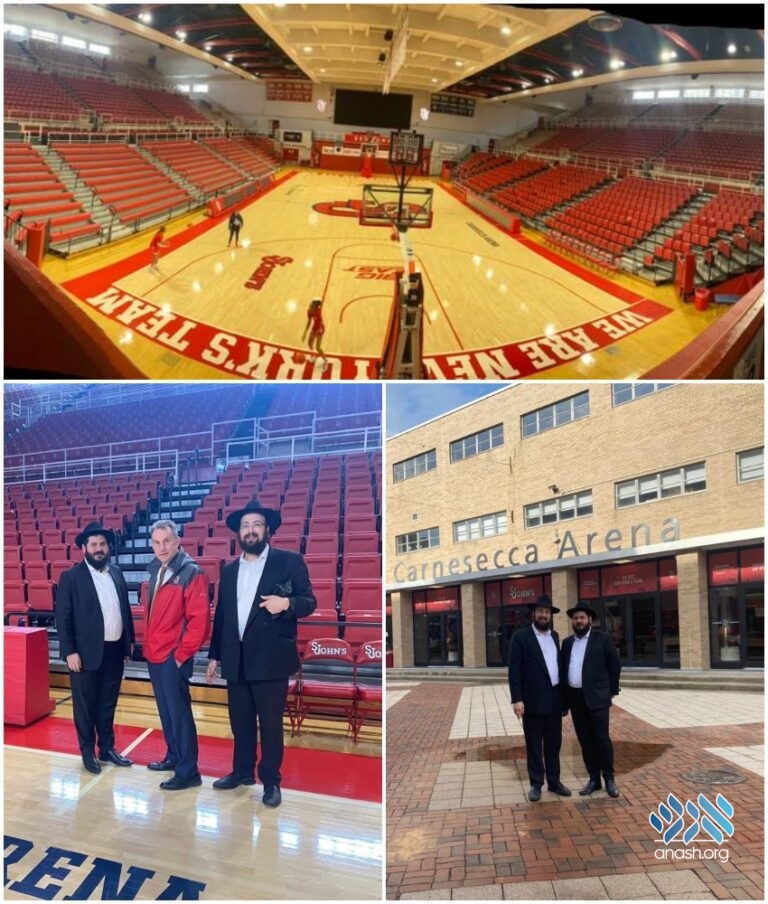 Shabbaton organizers have dramatically scaled up their ambitions this year, primarily due to grass-roots enthusiasm around Hakhel—the Jewish year of gathering. “Shluchim the world over see the Hakhel year as a unique opportunity to bring together a generation of Jewish teens,” says Rabbi Moshe Kotlarsky, Vice-Chairman of Merkos L’inyonei Chinuch and Chairman of CTeen International. “We’re expecting hundreds more.”

CTeen’s network has grown to encompass nearly seven-hundred Chabad youth groups worldwide. Many are already enrolled in the Shabbaton, with some, like Rabbi Mendy Shemtov’s CTeen of Montevideo, Uruguay, traveling with as many as sixty teens.

CTeen’s Shabbaton director Anna Abraham  and her team are working overtime to ensure all the moving parts are ready for this year’s super-sized program. While the countless buses, trips, workshops, and interactive programs slid into place, the list of facilities capable of hosting all Shabbaton participants under one roof grew shorter with each new application.

Last year’s closing ceremony saw the teens dance, sing, and share their most powerful stories at the Agger Fish Warehouse in the Brooklyn Navy Yard. This year, CTeen needed nearly doubled the space.

With its vast red and white bleachers and convertible basketball court, the Carnesecca Arena fit the ticket. Plus, situated as it is just twenty minutes from the Ohel, which the teens will experience Sunday morning and early afternoon, the arena’s location could hardly have been better. Then, the trip to LaGuardia or John F. Kennedy Airports is a mere fifteen minutes.

The state-of-the-art Carnesecca Arena is considered one of the best college basketball venues in the United States and regularly hosts NCAA College Basketball games.

The closing ceremony is slated to be a powerful experience of Jewish unity and pride. Recalling his experience as a teen at last year’s grand finale, Yair Shpiler of Toronto, Canada, says the event “was the perfect moment I was looking for.” “I saw thousands of teens put their arms on one another’s shoulders and join together in song. “I felt a real pride in being Jewish; I felt whole.”