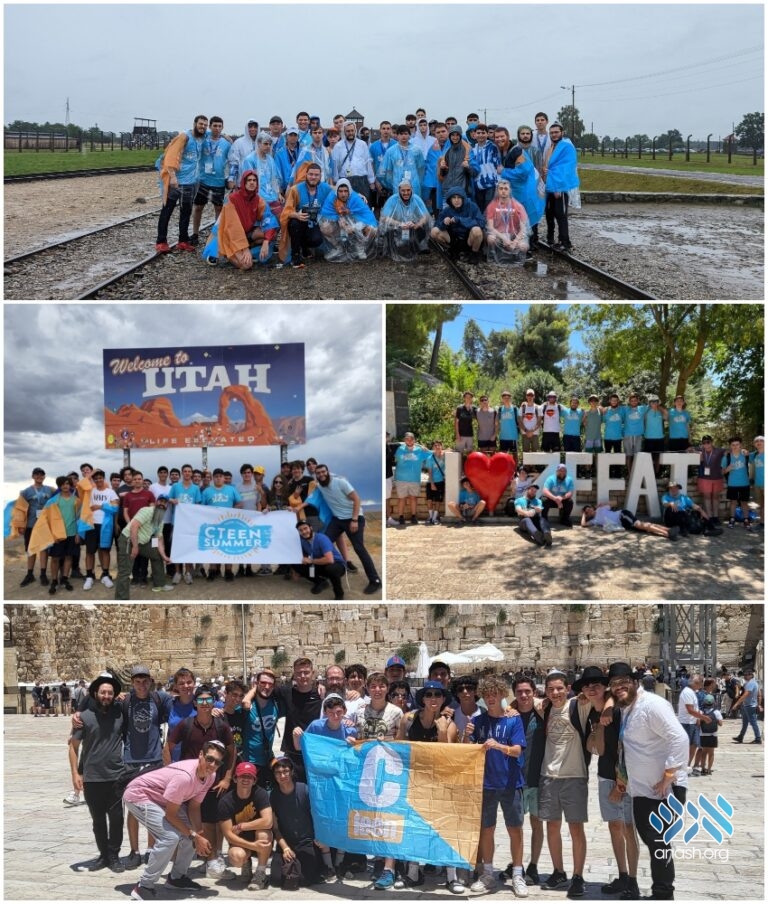 After rapidly tripling its program last summer to meet the tremendous demand, CTeen Summer has announced a new Moroccan track to their robust lineup of international trips.

After rapidly tripling its program last summer to meet the tremendous demand, CTeen Summer has announced a new Moroccan track to their robust lineup of international trips.

Growing up in the small village of Niantic, Connecticut, on the Atlantic coast, Dina Sokolovskaya had few Jewish friends. That all changed when she embarked on CTeen Summer’s Israel trip in 2021.

The trip took her on a rollercoaster tour of Israel and gave her the chance to forge a connection to her Judaism and form friendships with Jewish peers. “I’ve always loved traveling,” she says, “and to do so in a Jewish environment with so many other Jewish girls was just incredible.”

Like many teenagers who spend a summer with CTeen, Dina kept in touch with her new friends, and this past summer, they reunited on CTeen Xtreme — an adventure camp that took them through the American West. A total of three-hundred-and-thirty-five teens were onboard for CTeen’s trips throughout the summer of 2022, which means Dina and her friends took part in CTeen Summer’s biggest season yet.

In 2022, many teens chose to split their time between Poland and Israel on the “Heritage Quest,” while others preferred the “Israel Journey”  track spending the full twenty-two days in the holy land. But no matter the trip they chose, by the end of the summer, the teens had a better understanding of their Jewish roots, and they’d had the chance to experience Jewish life for themselves.

As CTeen’s trip directors look ahead to Summer 2023, they’re launching a new trip called the “Origin Trail,” tailored to introduce Jewish teens to the unique historical heritage of Jewish Morocco.

Since the Kingdom of Morocco normalized ties with Israel in 2020, four different airlines offer direct flights between the two countries, to the delight of tens of thousands of Israeli vacationers. Teens who choose the Origin Trail trip for summer 2023  will spend five days exploring Morocco’s centuries of rich Jewish history in cities such as Casablanca and Marrakech, as well as the snow-capped Atlas Mountains before continuing on to Israel for the remaining 17 days of the 22-day experience.

CTeen Summer’s director Rabbi Nachman Rivkin sees the new trip as especially significant in a year of Hakhel. “In this Hakhel year, we are looking to provide additional opportunities to bring more Jewish teens together for an inspirational summer,”  said Rivkin, “The new destination will carry a special meaning for many new families and teens who desire to experience the rich Jewish heritage of Morocco.”

Sitting at the helm of Merkos 302, CTeen’s umbrella organization, Rabbi Mendy Kotlarsky is optimistic about the new program’s potential. “Any shliach who has seen a teen come back from these trips knows they change lives,” he says. “CTeen Summer is growing explosively, and this new program is bound to build on that track record.”

For Dina and her friends, the new Origin Trail presents yet another opportunity to deepen friendships, Jewish identity, and a personal connection to Judaism.

To find out more about CTeen Origin Trail visit www.cteensummer.com/origintrail