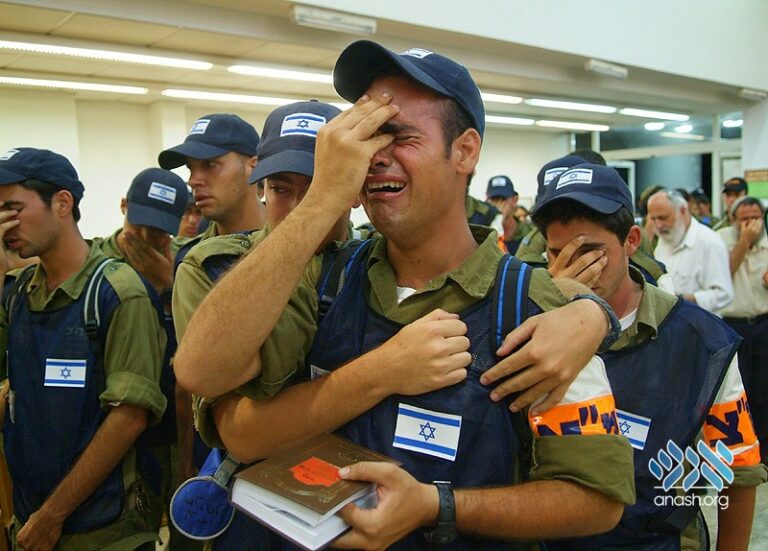 Crown Heights Women for the Safety & Integrity of Israel will hold an event marking the 16th anniversary of the Expulsion from Gush Katif with Knesset Members and other notable speakers.

By Tamar Adelstein, Coordinator -Crown Heights Women for the Safety & Integrity of Israel

Crown Heights Women for the Safety and Integrity of Israel is pleased to announce a special event marking the 16th anniversary of the Expulsion from Gush Katif and the Northern Shomron.

The program will be broadcast on Thursday, July 22, 2021, beginning at 12:30pm EST and 7:30pm in Israel via Zoom with live streaming to Facebook and YouTube.  Click here to register.

The program is titled Gaza, Why Not? Going back to Gush Katif in Mind, Heart & On the Ground, we have a fantastic lineup of speakers including:

Laurence Beziz of Merkaz Katif, Avner Franklin from the Gush Katif Museum in Jerusalem and Lital Mamerosh-Slonim of Nachala, The Settlement Movement who will share not only the memories as well as the news about their current activities but also their plans for the bright future that lays ahead for Gush Katif, Judea and Samaria.

Rabbi Mendy Mirocznik (Igud HaRabbonim), scholar-in-residence, will broach the subject of Going Back to Gaza according to the Torah and Jewish Law. Rabbi Mirocznik will also address the topic of Identify in the Land of Israel as explained by the Lubavitcher Rebbe’s teachings.

Knesset Member Simcha Rothman will cover the way in which Identity affects everyday realities in Israel from a legislative and political point of view. Rothman has been outspoken in advocating for passage of the hotly debated Basic Law for Immigration and for putting to rest Arab demands for the Right of Return – one of the unfinished pieces of business left dangling in the aftermath of the Six-Day War that a clear-cut understanding about Israel’s Identity would make simpler to resolve.

The confusion clouding Israel’s Identity also has a direct impact on the lives of Israel’s Arab communities. As much as the Oslo Accords and the Expulsion dramatically altered Jewish lives, Arab lives under the PA and Hamas rule have also been radically changed.

Award-winning Israeli journalist Assaf Gibor, who developed close connections with many Arabs in Gaza and elsewhere in Israel, will share what they are saying along with his own observations of the changes taking place.

Jeff Cohen, USA director for Zehut International, will close the program with a discussion about Zehut’s Peace Plan with respect to security and the military path back to Gush Katif.