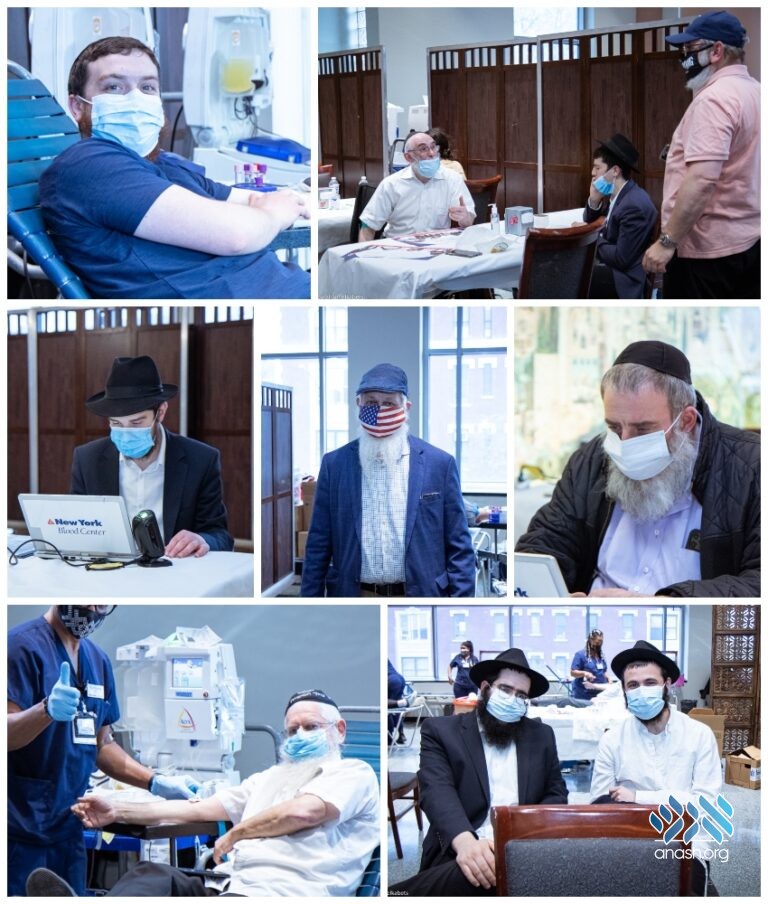 Dozens of Crown Heights residents showed up Wednesday to donate blood and help their fellow Jews in a community-wide blood drive organized by Ahavas Chessed at the Jewish Children’s museum.

Dozens of Crown Heights residents showed up to continue the legacy of Rabbi Avrohom Lider a”h by taking part in the blood and plasma drive arranged by Ahavas Chessed.

Organizers dedicated the drive in memory of Rabbi Avrohom Lider, who faithfully led Ahavas Chessed from the day it was founded until his passing on Rosh Hashana this year. Following his passing, his son Rabbi Dovid Lider took over the helm of Ahavas Chessed and the chessed empire created by his father.