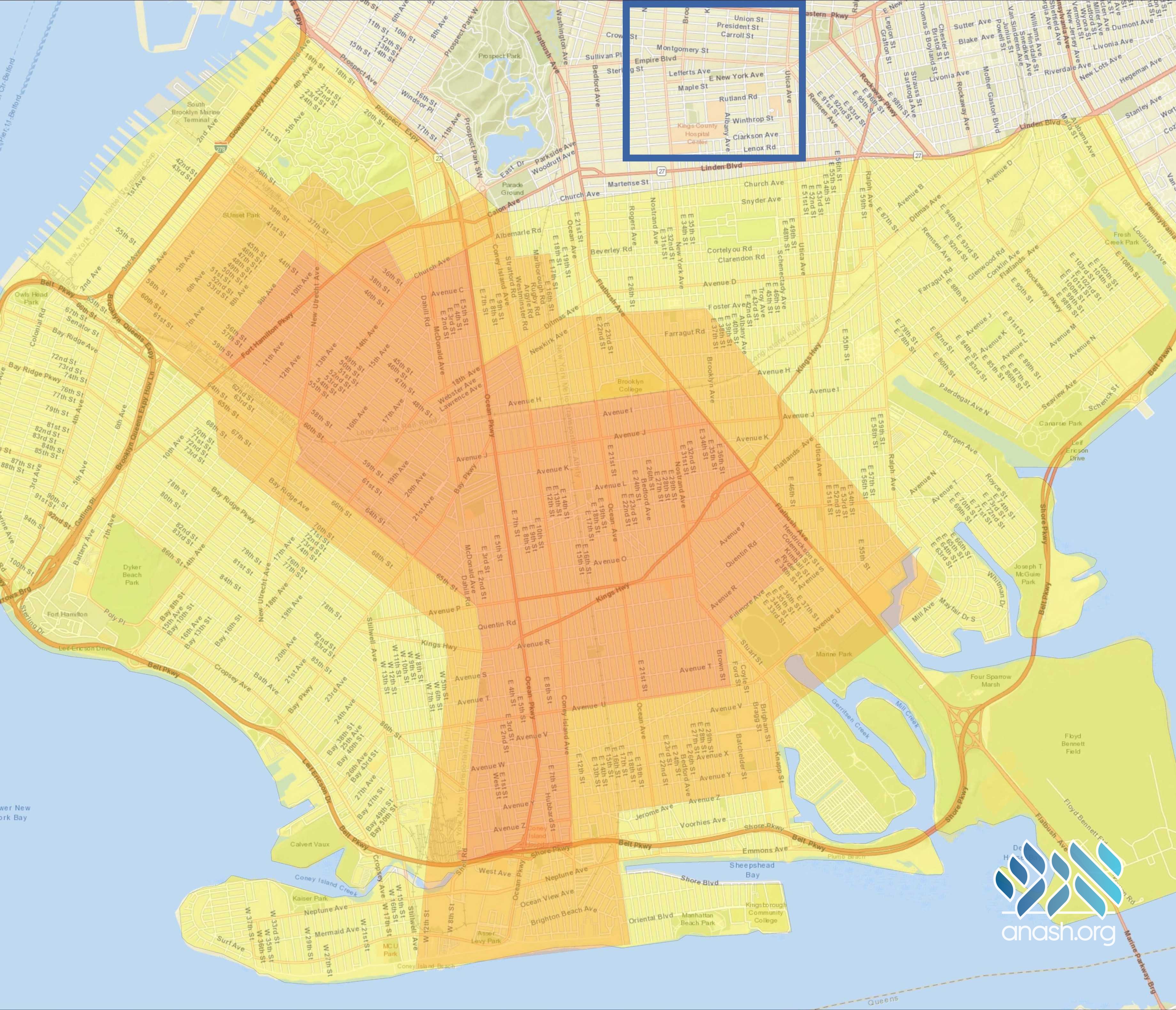 On Tuesday, Governor Andrew Cuomo, announced that he would be reinstating a lockdown on large sections of Brooklyn and other neighborhoods. Crown Heights narrowly avoided the lockdown.

The Cluster Action Initiative applies to all of Brooklyn as well as cluster parts of Queens, Rockland, Orange, Nassau and Binghamton.

The Governor said that the zones would not be identified by zip code, instead they would be marked by the number of cases in the region.

In a map released by Cuomo, one can see the areas designated as red, orange and yellow. The red areas are almost exclusively areas with large frum communities. The new lockdown will almost definitely create issues with the upcoming Yom Tov of Simchas Torah, with the changes of hakafos being held strictly outside and all shuls being closed virtually nil.

Jewish community leaders have expressed their deep disappointment with the Governor, who is claiming to work with the community on the issue. In reality, they say, there has been little communication and no accountability from Albany.

Crown Heights, however, was not in any one the three zones, meaning that none of the new restrictions would apply to them. In practice, this means that restaurants and all stores could remain open, and schools will not be shut.