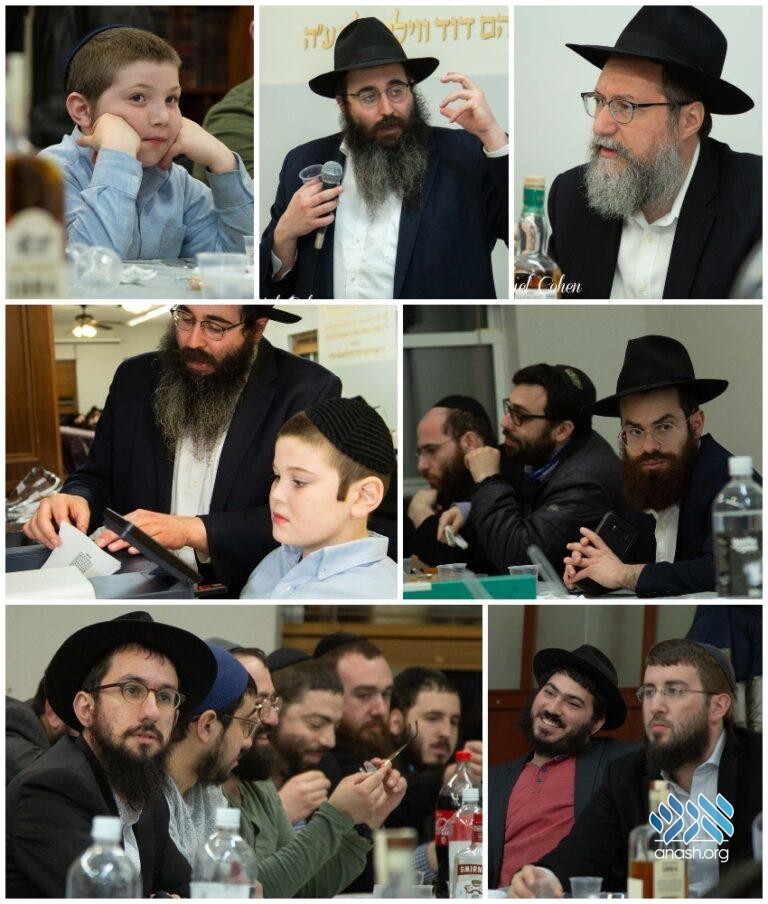 ‘Nosson’s Shul’ and ‘The Shul’ both located on Empire Boulevard, held a joint farbrengen in honor of Yud Alef Nissan, with the director of JLI Rabbi Ephraim Mintz. The farbrengen began with the printing of a new edition of Tanya.

Rabbi Chaim Yisroel Wilhelm, rabbi of Nosson’s Shul, began the farbrengen by printing a new edition of Tanya in honor of Yud Alef Nissan, and l’zchus all the shul’s members.

Members of both Shul’s used the opportunity of the weekday farbrengen to sell their Chametz and donate their Maos Chitim to help families in need pay for Pesach expenses.