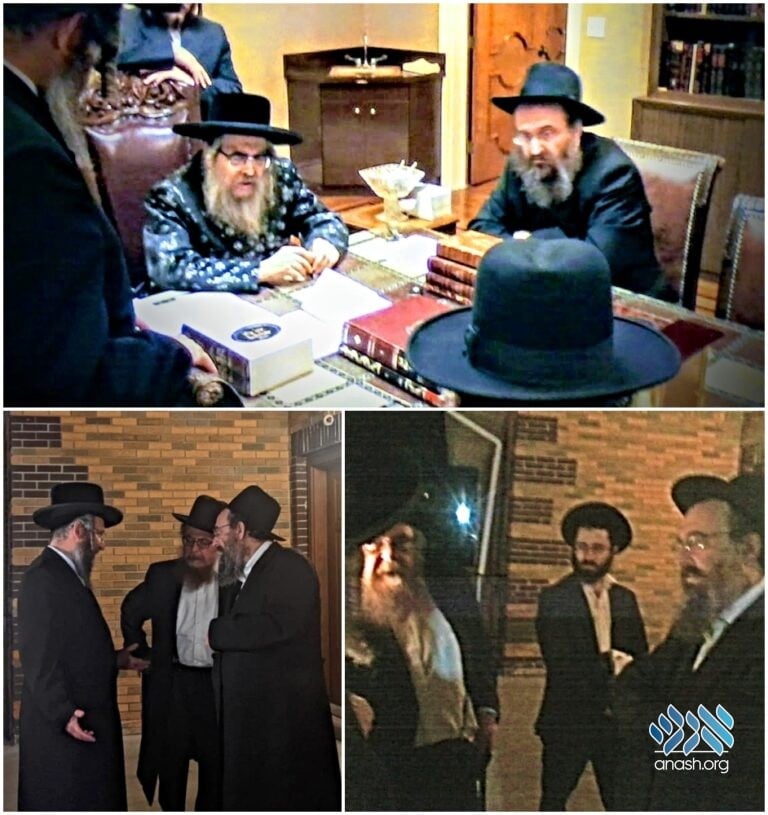 A group of Rabbonim and activists met at the Satmar Rebbe’s home in Kiryas Joel to plan a new organization to assist struggling youth. Representing the Crown Heights community was Harav Yosef Braun of the Badatz.

Harav Yosef Braun of the Crown Heights Beis Din joined a diverse group of rabbonim and activists for a meeting held in the home of the Satmar Rebbe, Harav Aaron Teitelbaum, located in Kiryas Joel, New York.

The meeting, held on Thursday night, was called at the request of a Boro Park activist, who is working to create a new organization for struggling youth. Anash.org has learned that the activist invited representatives of a number of frum communities from the Tri-State area.

Held in the room where the Satmar Rebbe accepts visitors in his private home, the meeting was meant to be the first step towards the launch of the new organization. The group discussed the most effective ways to have an impact on the youth, and what steps they would take moving forward as the organization launched.

A source told Anash.org that more meetings are expected in the near future, however it is yet unclear where they will be hosted, and if the same rabbonim and activists will be gathering, or an attempt will be made to draw other rabbinical figures in as well.