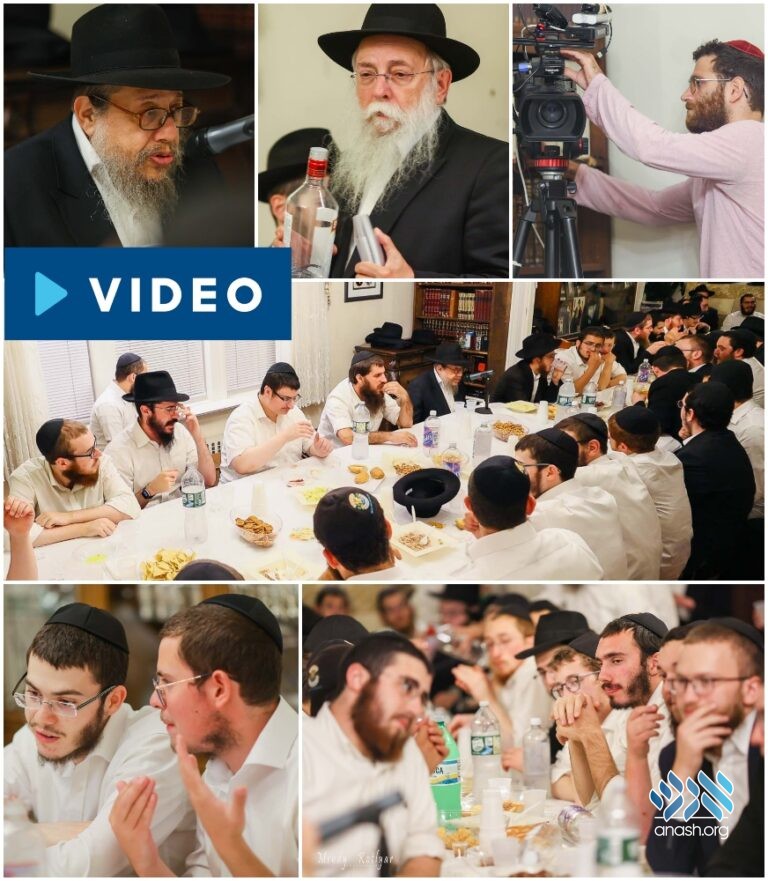 Nearly 1,500 anash and shluchim from around the world participated in the famous annual pre-selichos farbrengen with Rabbi Sholom Charitonov, which was streamed live for the first time on Anash.org from the Slavin residence near 770.

The famous annual pre-selichos farbrengen with Rabbi Sholom Charitonov, held in the Slavin residence near 770, was streamed live for the first time, allowing many hundreds of chassidim from around the world to participate.

Every year, large crowds of bochurim, anash and guests pack the house of Rabbi Michoel Slavin, located only feet away from 770 Eastern Parkway, to join a pre-selichos farbrengen with Oholei Torah mashpia Rabbi Sholom Charitonov. Beginning shortly after the conclusion of Shabbos, and continuing until a few minutes before the start of selichos at 1:00 AM, the farbrengen draws hundreds who come to hear the perspective of Chassidus on selichos, the powerful lead up to Rosh Hashana.

As selichos approached this year, Rabbi Slavin decided that this year would be the year that their request would be granted. He resolved to have the farbrengen live-streamed, and fulfill the desire of so many fellow chassidim who wish to partake in an authentic chassidishe farbrengen to lead into selichos.

When looking for a way to stream the farbrengen, Rabbi Slavin naturally turned to Anash.org, which proudly hosts farbrengens and programs throughout the year, alongside breaking news and updates that matter to the Chabad community.

The farbrengen streamed live on Motzei Shabbos, and nearly 1,500 chassidim, including many shluchim, joined at partook in the farbrengen from whichever location they found themselves. Many expressed their thanks to Rabbi Slavin and to Anash.org for enabling them to join the farbrengen, and for stepping up and streaming the only authentic pre-selichos farbrengen available online.

“Even as I headed to selichos, I was already receiving many thank you messages for streaming the farbrengen on Anash.org,” Rabbi Slavin said.