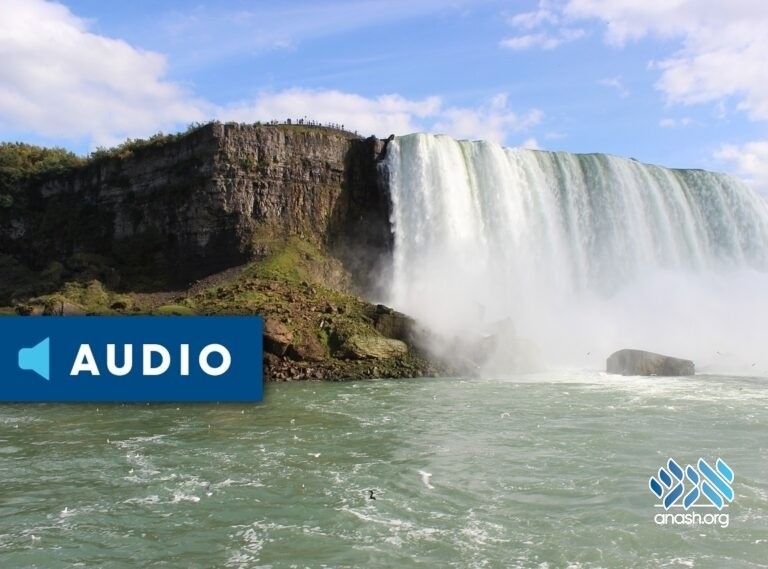 During a family outing at Niagara Falls, Crown Heights mother Nechama Nerenberg miraculously survived a 50-foot fall off a steep cliff and sustained only minor injuries.

During a family outing at Niagara Falls, a pregnant Crown Heights mother Nechama Nerenberg miraculously survived a 50-foot fall off a steep cliff and sustained only minor injuries.

The woman was hiking with her family in Niagara Falls gorge. She was walking her eight-year-old daughter on the trail when she suddenly tripped and started sliding head first and on her stomach down the cliff. She later recorded an emotional voice note, telling over the entire incident.

“I started sliding on my stomach headfirst towards the cliff,” the mother related. “There were trees on my right and I should have stopped myself. I was trying to stop myself. I heard my daughter screaming.”

She recalled thinking to herself that she had to stop herself. She tried grabbing onto a very thick root sticking up out of the ground. “It looked like it was strong enough that it should have been able to help me stop myself,” she said.

As she fell to the ground, she landed in an area that was full of boulders right next to the water, and hit her head in the back and in the front. After realizing she was ok, she quickly retrieved her sheitel, and shouted up to her husband that she was alive.

“I was sitting there and I was thanking Hashem for all the good things in the world,” she recalled. “My healthy children, my healthy husband. Thank you Hashem, for making me fall for and not my kids.”

Three men who were familiar with the area climbed down from another portion of the trail to help her. They gave her water and waited with her until emergency rescuers arrived. Upon their arrival, some 15 firefighters rappelled down the cliff to assist the injured woman and evacuated her by boat.

They transferred her to the hospital, where the doctors and nurses needed to double check if they had heard the information correctly, not believing that she had fallen 50 feet and still was conscious and healthy.

They then checked on her and her unborn baby, quickly concluding that they had suffered only minor, non-life-threatening injuries.

“I have a fractured spine and some scratches but I was able to get up and walk around,” she said.

“Hashem really gave me such a big miracle,” she emotionally said. “My scatches are almost healed, my wounds are almost closed. I still have to see a neurosurgeon for my back. But, Baruch Hashem, I’m so so so blessed.”