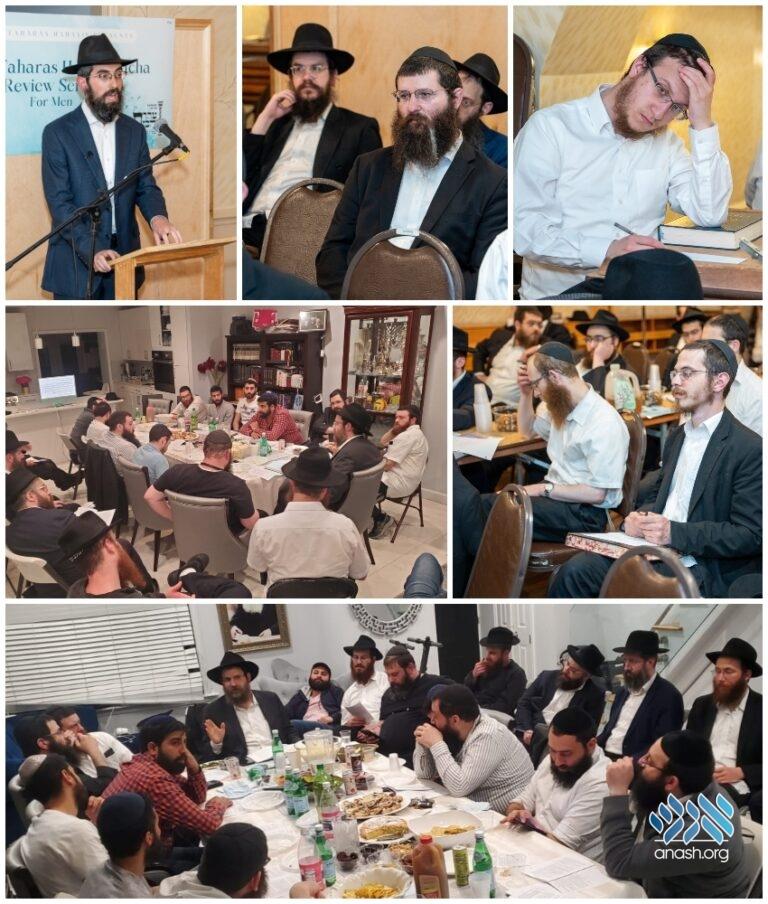 Hundreds of men joined online and in-person for Machon Taharas Habayis’s Halacha series for married men focusing on the Halachos and Hashkafa of Hilchos Taharas Hamishpacha.

The shiurim, organized by the recently established ‘Machon Taharas Habayis’, are meant to serve as a refresher course for men in the vital halachos of taharas hamishpacha.

The shiur was skillfully delivered simplifying the family calendar alongside many other areas in halacha.

The series in Hebrew with Rabbi Avrohom Rainitz was packed with knowledge as it was with participants.

“I came away well equipped with practical ‘know-how’ of all variations of vestos,” one participant said.