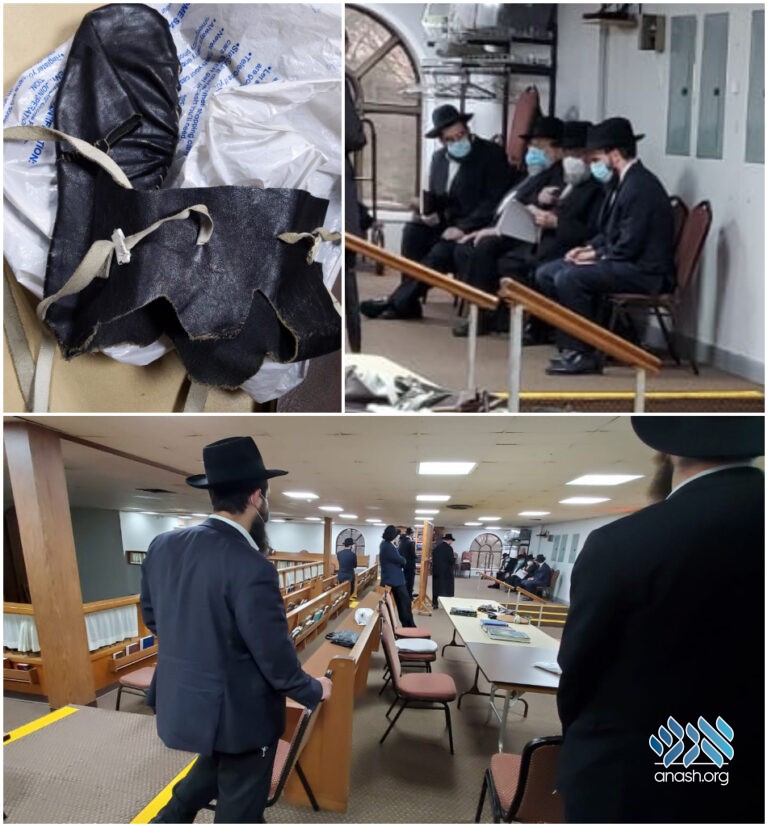 The members of the Kollel L’horaah Ma’asis of Crown Heights attended a chalitzah ceremony this past week, giving them the opportunity to witness the fulfillment of a rare mitzvah.

The members of the Kollel L’horaah Ma’asis of Crown Heights attended a chalitzah ceremony this past week, giving them the opportunity to witness the fulfillment of a rare mitzvah.

Chalitzah is performed in a case where a married man dies childless, in which case the Torah commands the brother of the deceased to either marry the widow – yibum, or to perform chalitzah.

The ceremony involves the taking off of the brother-in-law’s special chalitzah shoe by the widow of the brother, through which ceremony he is released from the obligation of marrying her, and she becomes free to marry whomever she desires.

For many generations, ashkenazim have stopped performing yibum, and only performed chalitzah when neccesary. Certain communities of sefardim continued to perform yibum, with the majority of them having stopped as well in the past decades.

Nevertheless, in recent generations, with the average life expectancy rising, and many new treatments for infertility, the mitzvah of chalitza has become a rare one, taking place only a few times a year across the entire globe.

Last week, exactly such a case came up in New York, and the member of the Kollel got a chance to see the mitzvah in action.

The yungeleit got to see the unique “chalitza shoe” used for the ceremony, and watched as the widow removed the shoe from her husband’s brother and spit in front of him, as prescribed in the Torah. The assembled then declared “chalutz ha’naal!”