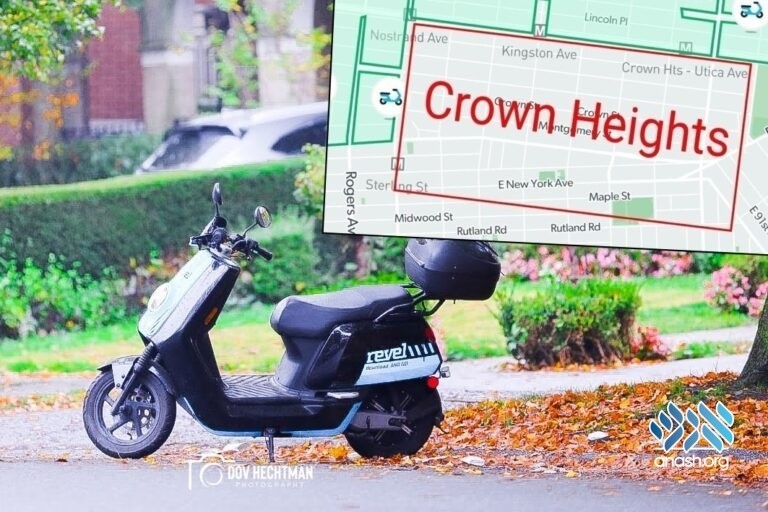 A change to the Revel rideshare company has altered the border of where it is permitted to end your scooter ride, excluding the Crown Heights Jewish community from much of the new map.

Many in the community have become frequent users of Revel, using both the rentable electric scooters and their Tesla rideshare system.

Unfortunately for Crown Heights, Revel has decided to alter the border of where it is permitted to end your scooter ride, this new border excludes much of the Jewish community of Crown Heights.

Some people speculate that it may be due to the recent situation where discount codes were accidentally shared by the company and many people in Crown Heights rightfully took advantage of the opportunity, receiving hundreds of dollars in credit. Despite the glitch, Revel promised to honor the free codes until they expire at the end of the year.

Whether the reason for the exclusion of Crown Heights is because of ridership or because of a way to mitigate the use of the free credits, the policy change has some people feeling disappointed

In response, a number of Crown Heights residents have organized a petition asking that Revel only slightly redraw the border to help include Crown Heights.

The link below is a practical step to show Revel that Crown Heights wants to be included and not excluded.