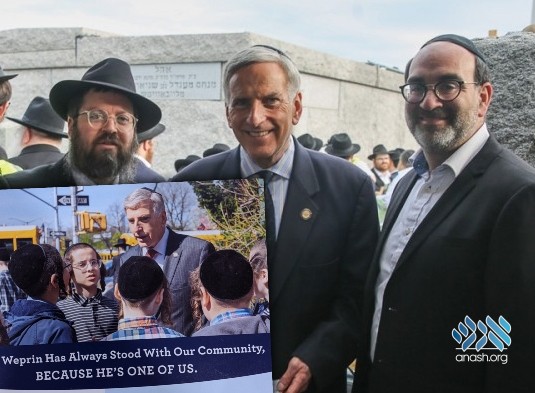 A group of local activists have endorsed Assemblyman David Weprin for City Comptroller in the upcoming Democratic primary, the only frum candidate running citywide.

“All politics is local and having the support of my own community is much appreciated, said Weprin. “As a proud observant Jew and a New Yorker worried for the future of our great city, I know my background in government and the private sector is the one that can steer us through some tough fiscal times. With the help of my neighbors, friends, and community leaders like these standing behind me, I am sure we will win on June 22nd.”

The City Comptroller is the chief financial officer and chief auditor of the city agencies and their performance and spending. The Comptroller also reviews all city contracts, handles the settlement of litigation claims, issues municipal bonds, and manages the city’s very large pension funds.