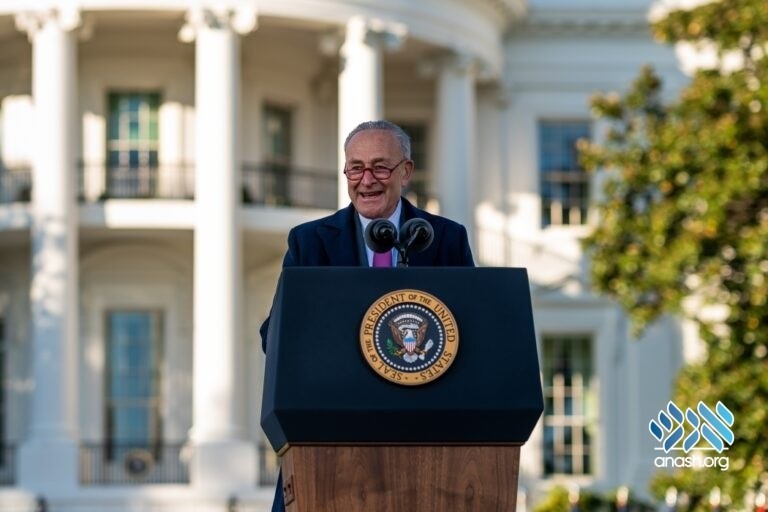 A group of Crown Heights activists, rabbis and business leaders have issued a public endorsement of Chuck Schumer for Senate.

We have decided to follow the majority of Orthodox Jewish communities in New York to endorse Senator Chuck Schumer for his reelection to the United States Senate.

While we don’t always agree with his politics, we feel that when it comes to issues that are unique to the orthodox Jewish community, and to our greatest ally Israel, Senator Schumer has been steadfast in his support.

Here are a couple examples, the Senator has secured in this year’s budget, $360M (of which about 25% comes back to NY) for the Nonprofit Security Grant Program. This includes funding that went to many Crown Heights and Lubavitch institutions. He has steadily increased this funding up from $90M just 4 years ago.

Additionally, Senator Schumer has secured millions and millions of dollars for our yeshivas, both here in Crown Heights, and around the state. The Senator also eliminated the cap on the number of children eligible for the child tax credit, allowing families to receive the credit for all of their children.

The fact is that Senator Schumer is going to win this election anyway, and it is in our interest that he win by larger margins. If he does not, it will only empower the far left members of his party, and of New York State, which endangers our community.

With the real challenges facing our community and country in the years ahead, this is not time to take a position based on ideology.

We encourage you to vote for Senator Chuck Schumer.