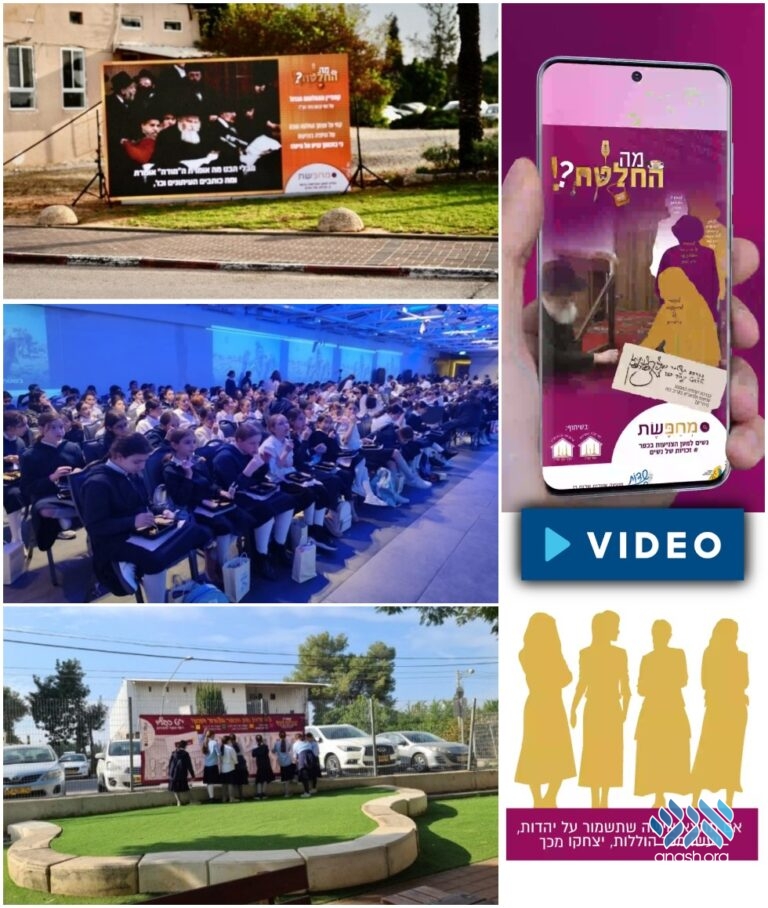 In a hugely successful campaign, over 2,000 Kfar Chabad women and girls increased modesty in dress and media use. The campaign was promoted through a large video screen in the village center of the Rebbe speaking on the topic and other promotional clips.

In a successful Charidy hachlata campaign, 2,000 Kfar Chabad women and girls took upon themselves resolutions of growing in modesty. The campaign, led by local women and girls, presents tznius in a creative, positive and pleasant way.

The campaign was first launched at a Yud Tes Kislev women’s event. Women shared personal stories and struggles, and within three minutes, 300 women had committed to increase in tznius – whether in dress or media use. As a memento, the Rebbe’s sichos and letters on the topic of modesty were published under the title, ‘Tznius: From the Rebbe’s Perspective.’

Over the following weeks, many more signed up, and girls’ schools joined, each with its own special track. A special film was produced for each school on how important the tznius of Chabad women and girls was to the Rebbe.

In addition, a large screen was placed in the village center playing video clips in which the Rebbe speaks passionately about the importance of strengthening modesty.

The final numbers were astounding: Over 2000 women and girls had joined the campaign and made specific resolutions for better tznius.

Organizers shared their amazement at how dedicated the women and girls were to the Rebbe’s call and their willingness to sacrifice modern temptations. Surely, the Rebbe is very proud.