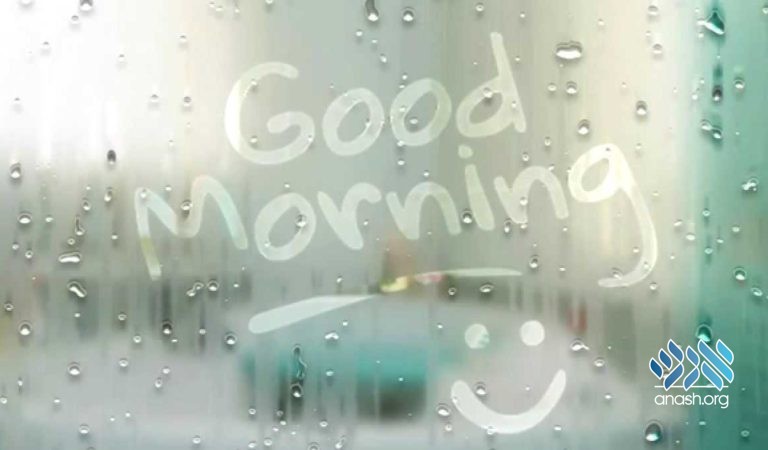 May I doodle on a fogged beverage bottle at the Shabbos table?

Writing two letters, numbers, or symbols—like a question or exclamation mark—on Shabbos is prohibited min haTorah, under the melacha of koseiv (writing), even if they have no meaning on their own. Writing one letter is also forbidden, as half of the shiur is forbidden min haTorah as well, even though one isn’t liable. Although some poskim hold that writing is only in lashon hakodesh, the consensus is that writing in any language is forbidden.

Drawing or forming any meaningful design that conveys an idea is also prohibited as an offshoot (tolda) of the melacha of koseiv.

Many types of edible crafts may not be made on Shabbos due to the melacha of boneh (building). A craft that involves forming letters or shapes entails koseiv and is equally forbidden. For this reason, one may not mold or cut food into meaningful shapes, such as a flower, basket, boat or the like, or make these designs with frosting on a cake. One may, however, form or cut the food into a simple shape, such as a square, circle or triangle.

There is, however, no prohibition to cut or eat food that was fashioned in a particular shape before Shabbos, such as animal crackers, or a key-shaped challa. Food in the shape of letters may be more problematic in this regard.

The biblical prohibition of koseiv applies only when writing with an ink that has permanence on a surface that has permanence, or when engraving in a surface such as stone or piece of wood. Writing in a non-permanent manner is not fully considered writing but is still prohibited midrabanan. “Drawing” letters with one’s finger in the air or on a dry surface is permissible if no trace remains.

Thus, one may not even draw letters, symbols, or meaningful designs with liquid or on a foggy window. If one mistakenly did so, it is forbidden to erase it. Drawing lines without any meaning is permissible.