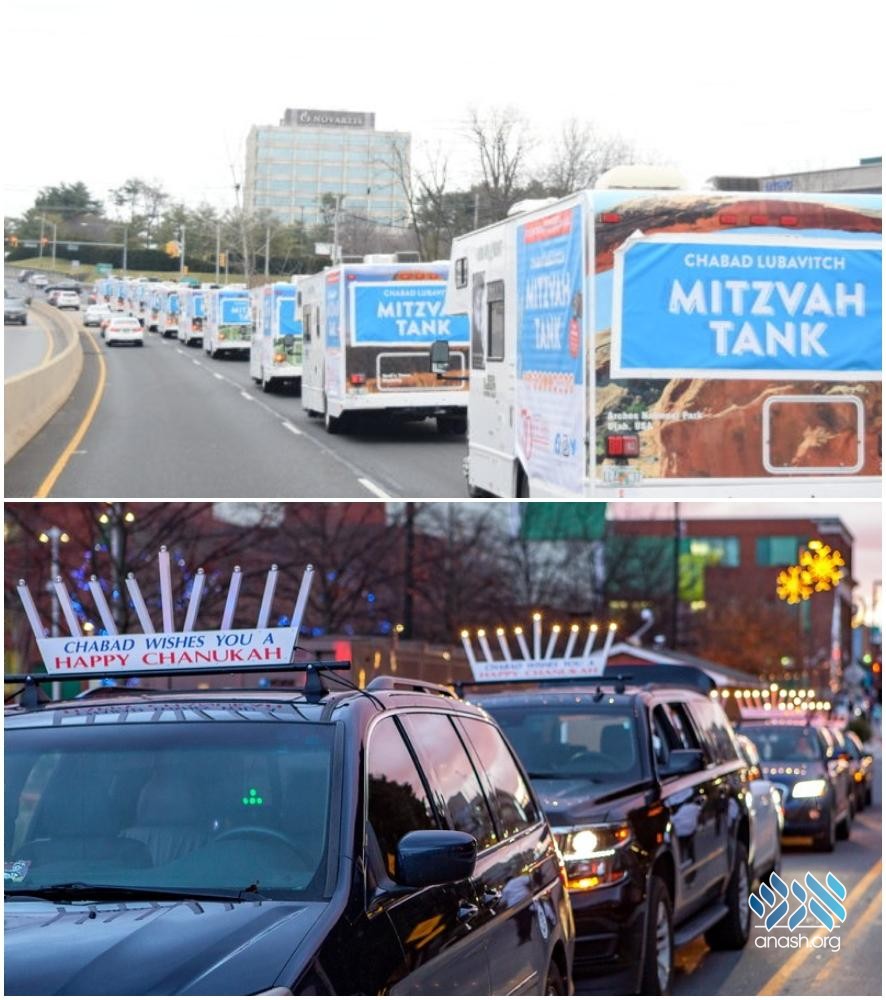 The Mitzvah Tank Organization has begun preparation for this year’s Menorah Parade which will spread the light of Chanukah throughout the streets of New York City.

Plans have been made to make this year’s parade the largest and most successful, sharing and uplifting each Jew of New York, with the light and joy of Chanukah.

Thanks to a group of dedicated staff and volunteers, a special emphasis has been placed on, increasing the number of vehicles participating in the parade. Especially this year during these dark times all around, we must increase the spread of Chanukah light throughout the city of New York!

Each family that has a Menorah atop their car, is encouraged to participate in the parade. The annual Car Menorah Parade is an opportunity for anash and their families to join in the Rebbe’s call of Mivtzah Chanukah and persumei nisah.

This year, there will also be an option to be a parade VIP, for a small donation, aside from helping to cover the cost of the parade, your car will lead this years menorah parade!

Organizers request that those participating in the parade should arrive on time, as the parade will be passing by the world’s largest Menorah as it is being lit.

The parade is organized by the Mitzvah Tank Organization, under the auspices of Lubavitch Youth Organization.

The Mitzvah Tank Organization would like to thank the NYPD Highway and the 71st Pct. for their assistance and making the parade possible.