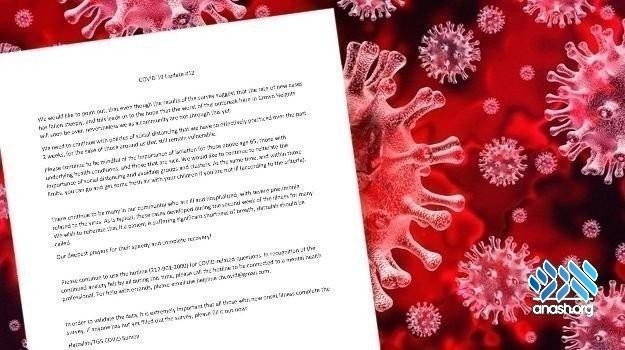 Coronavirus update for the Crown Heights community, from the Gedaliah Society and Dr. Eli Rosen: COVID in Crown Heights appears to be more an “endemic” currently, as opposed to an “epidemic”. Outbreaks in schools and resulting recommendations.

By the grace of Hashem, the Tishrei season was relatively quiet – the community was spared a major outbreak, no fatalities were reported, and we had relatively few cases compared to our neighboring communities. However, we seem to have entered into a different phase locally here in Crown Heights.  As opposed to the springtime “epidemic”, where we had rapid spread to many individuals, now COVID appears to be more “endemic”, where we continue to see multiple new cases a day in a relatively persistent and consistent fashion. We believe this pattern of infection is the result of the majority of the population having already been ill with the virus in the spring.

Unfortunately over the past few weeks we lost 2 elderly individuals (with pre-existing illness) to COVID. There have been numerous hospitalizations of adults over the age of 65, most of whom did well. For those still in the hospital and seriously ill, we wish them a speedy and complete recovery.  It remains clear that COVID has not disappeared, and remains potentially very dangerous.

In addition, we are seeing many in the younger age group being affected with COVID (usually a mild form), and we are seeing spread of infection from adults to children and from children to adults. Nearly all of the new cases in our community are in those who have never been sick previously, with occasional cases of reinfection, most of whom have had a mild illness.

It’s worth mentioning that although nearly all of the cases we are seeing are in those who have not been previously ill, many of these individuals have been previously exposed, often heavily. It is unclear why they did not become ill when first exposed, and only became ill now with a current exposure.  This means that although we think that one who has already been sick with COVID is unlikely to get sick again, the same cannot be said for one who was previously merely exposed but not sick.

Despite the continued new cases (many within the younger age group who may be a source of infection to other older individuals), keeping the schools open remains a clear priority.  Under the current circumstances, keeping schools open means that we will continue to see students getting ill with COVID. As stated previously, we hope and expect that this will not surge into the wildfire we’ve seen previously; nevertheless, we expect to see continued cases among our students and within the community.  Therefore we are earnestly making the following recommendations in an attempt to prevent even one more avoidable hospitalization.

We will surely be done with this pandemic soon with the help of Hashem. Until that time, it’s imperative that we keep the above in mind as we approach Chanukah. The beauty of the multigenerational Chanukah party, with grandchildren visiting with their grandparents, is something that currently carries with it a significant degree of risk, and should be avoided.

There is ample reason to suggest that we will soon emerge from the darkness into the light again. Until then we need to act smart and protect every individual.

With blessings for a lichtiger Chanukah and praying for the ultimate light of the Redemption.