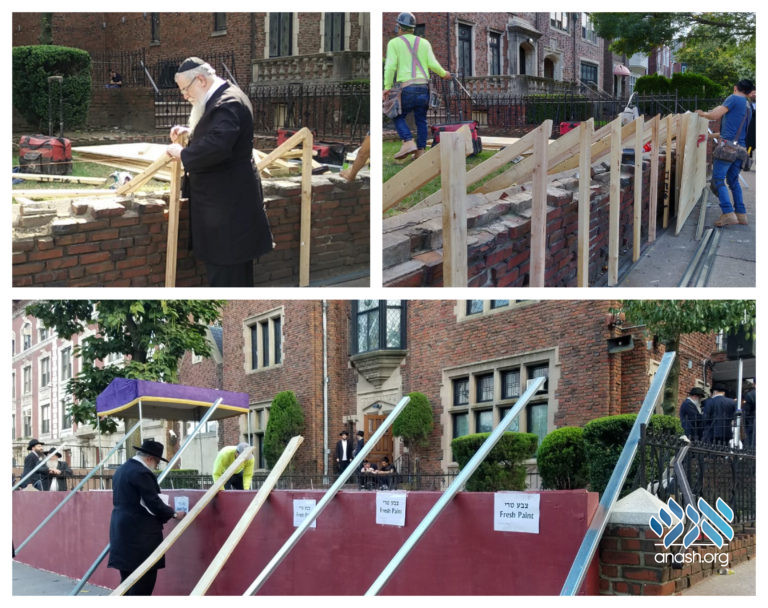 While the brick structure that surrounds the courtyard of 770 is in dire need of repairs, construction will not begin until after the month of Tishrei.

Today, workers were seen covering the bricks under the direction of Rabbi Chaim Baruch Halberstam. After Tishrei, there will be a few weeks of work needed to complete the repairs.

Two weeks ago, several bricks went missing from the structure; after Anash.org reported on the issue, they were returned. This covering is being erected in the hope that it will prevent further damage to the structure or loss of its bricks.