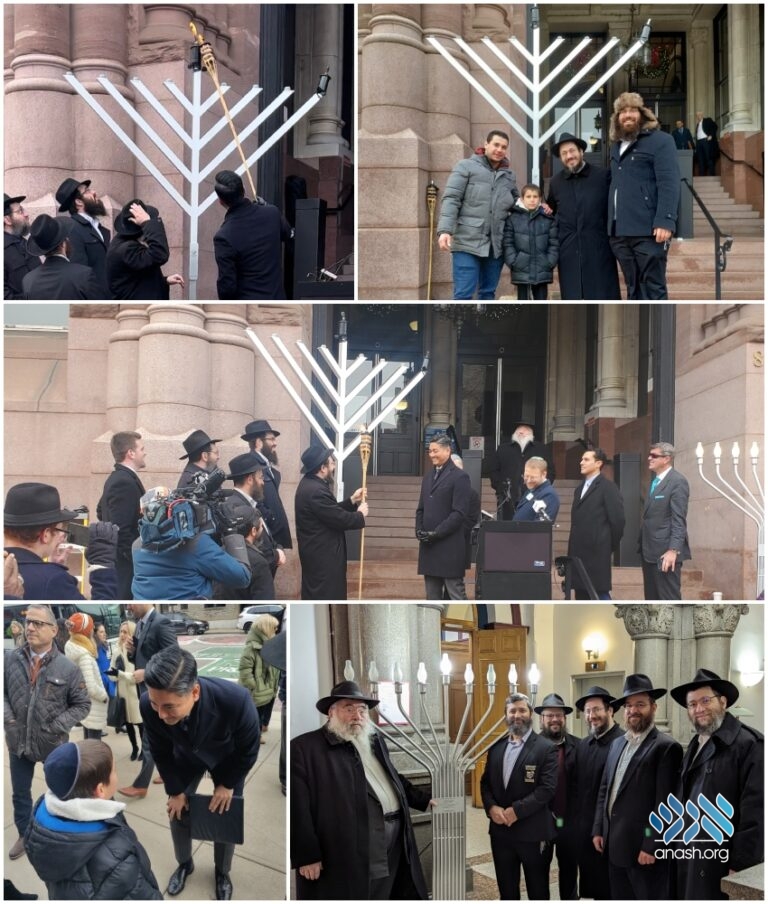 The City of Cincinnati hosted a historic event on Sunday: The dedication of a permanent Menorah at City Hall, led by leaders of the federation and local Shluchim in a true show of unity.

The City of Cincinnati, under the administration of Mayor Aftab Puravel, hosted a historic event on Sunday: The dedication of a permanent Menorah at City Hall, sponsored by the JCRC (Jewish Relations Community Council) of the Jewish Federation of Cincinnati.

Public Menorah lightings in the city of Cincinnati, and City Hall, began decades ago by Rabbi Sholom B. Kalmanson, of Southern Ohio. In recent years, the Menorah lighting at City Hall has been organized by Rabbi Gershon Avtzon, of Yeshivas Lubavitch Cincinnati.

In honor of Shnas Hakhel, Rabbi Avtzon approached the city with the idea of having a Menorah displayed for all eight days in city hall, and to have a much larger Menorah lighting. After receiving permission from the Mayor’s office, Jewish Councilman, Mr. Mark Jeffreys reached out to the local Federation who readily agreed to participate and to sponsor the Menorah.

The leaders of the federation, and many other Jewish organizations, joined the local Shluchim in a true show of unity. They spoke about the importance of the display of a Menorah on the official property of the city, echoing the Rebbe’s call from years ago. The event was covered by all the local news channels and newspapers.

Rabbi Gershon Avtzon honored the mayor with lighting the “Public Servant Candle” (shamash) and the Jewish councilman lit the actual candle of the Menorah. The event concluded with everyone enjoying Kosher Chanuka treats and learning about Hakhel and many Menorahs were distributed.