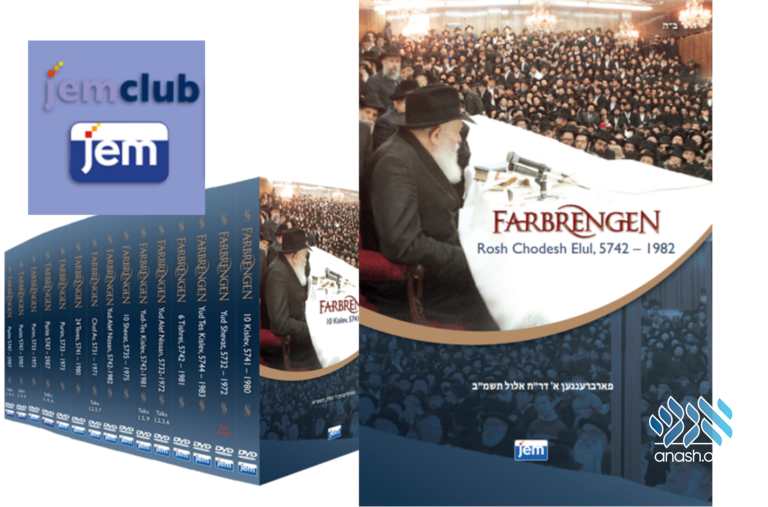 A new farbrengen from Rosh Chodesh Elul 5742 (1982), with all sichos fully subtitled in English, Hebrew and Yiddish, has recently been produced by JEM.

According to Shmuli Rosen, a FarbengenClub member who watched it already, “everyone should watch this farbengen in the leadup to Tishrei. Hearing the Rebbe uplifts you, and really puts you in the right frame of mind.”

For shluchim, rabbis, and anyone else speaking from a pulpit over tishrei, the farbrengen contacts an important lesson. For during the farbrengen, the Rebbe responded sharply to a certain rabbi who used his pre-Yom Tov pulpit to disparage and talk down to the Jewish people, emphasizing that the correct attitude when reaching out to fellow Jews must be one of love and closeness.

“That farbrengen was unique,” said Rabbi Mendy Greenberg, one of the farbrengen’s translators. “It was less formal than other large farbrengens that were broadcast on satellite television, and the Rebbe spoke more candidly.”

The focus of the farbrengen was on the month of Elul, with a sicha on the famous “king in the field” analogy, and an extensive focus on Ahavas Yisrael.

Other highlights of the farbrengen include

An excerpt from the Farbrengen