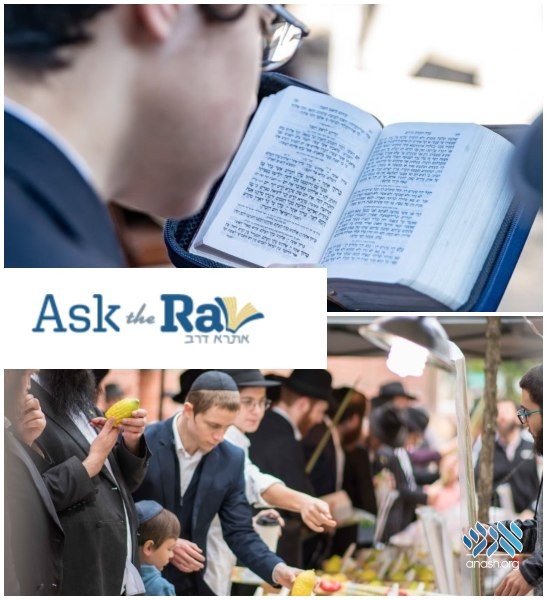 If davening alone without a minyan on Rosh Hashana and Yom Kippur does one say all the Piyutim or does it apply only when davening with a minyan?

For someone who davens without a minyan, there is no obligation to say Piyutim, but it is certainly appropriate to do so.

This may not be done during one’s personal Shmoneh Esrei, but may be recited afterwards.

Most Piyutim are said in entirety by both the Chazzan and congregation, and that is how the individual would recite them as well. [Although parts of Piyutim are often marked as “Chazzan” and “Kohol” in the Machzor, this is only in order to highlight which parts the Chazzan says aloud.]

(Copied with permission from Rabbi Lesches of Melbourne, Australia)

How do I eat and drink on Yom Kippur with Shiurim?

If one is required to eat on Yom Kippur due to medical reasons, a Rov should be consulted in advance to receive specific dispensation from fasting. However, in case of a medical emergency where one’s life is in danger, or even if there is a question whether the condition is a medical emergency or not, the patient should be given food or medicine immediately.

They should not attempt to fast against the rabbi’s orders. The same Torah which commands us to fast on Yom Kippur tells us that guarding our health is far more important than fasting on this holy day. Just as a healthy person fulfills a Mitzvah by fasting; an ill person does a Mitzvah by eating.

A person who is required to eat or drink due to illness, but afterwards feels strong enough to fast, must resume fasting.

One who is weak and can only fast if he remains in bed all day, should not attempt to go to Shul or Daven, rather he should fast and remain in bed. Attending Shul and/or Davening are of secondary importance in comparison to the biblical obligation to fast.

Although the eating or drinking on Yom Kippur is forbidden even for tiny amounts, however, when fasting is dangerous one should, whenever possible, eat or drink less than a Shiur (the prescribed amount delineated below) at a time. While it is Biblically forbidden to eat or drink even less than this amount, but such an offense is not punishable by Torah law. One is only “culpable” when eating at least 2/3 of the Talmudic measurement called “K’beitzah”, or drinking at least a mouthful of liquid, within a short period of time.

The Shiur for drinking is half of one mouthful (measured before the fast by filling the mouth and cheeks with liquid, emptying it into a measuring cup, and dividing into half).
If eating is necessary, one may eat up to 30cc (cubic centimeters) at a time. (About the size that fits into a small matchbox).

Ideally, these quantities should be consumed at intervals of at least nine minutes; however, if that is not possible one can be lenient with intervals as short seven, six, or even four minutes. If circumstances require eating and / or drinking even more often, one may be lenient.
Eating and drinking can both be done simultaneously within the same time slot.

When one is required to eat, no Kiddush is recited on Yom Kippur. (This applies even when Yom Kippur falls on Shabbos). Before eating bread one must wash hands as is done throughout the year. There is no need to have two complete Challahs, as is required on all other festivals. There is a difference of opinion whether the holiday Ya’aleh V’yavo is reciting during benching.

We have been using the regular bamboo poles for our sukkah. Each year, we are given the suggestion to use the mats which seem to be more convenient. As we expand our sukkah and we need to replace some of the bamboo poles, we are wondering if the mats are just as mehudar as the bamboo poles? If yes, is there a specific mat or a specific hashgacha that we should look for?

The concept of using a mat as Schach is actually brought down in Shulchan Aruch (although this mat wasn’t made specially for the Sukkah). There are several halachic guidelines enumerated in Poskim to ensure a mat is kosher for Schach.

There is a story brought down, that during the break on Yom Kippur one year the Rebbe Rashab and Rav Yakkov Landau were discussing the Gemaras and Poskim regarding using a mat as Schach.

Some Rabbonim who are OK with buying mats that are made with metal wiring, but many maintain they are unkosher as they are mekabel tumah. The ones that are weaved with natural material can be used lechatchilah so long as they are not made for reclining (some are machmir when made as a curtain).

It is recommended to get a mat with a proper hechsher, however Ask The Rav can’t vouch for one hecsher over the other.