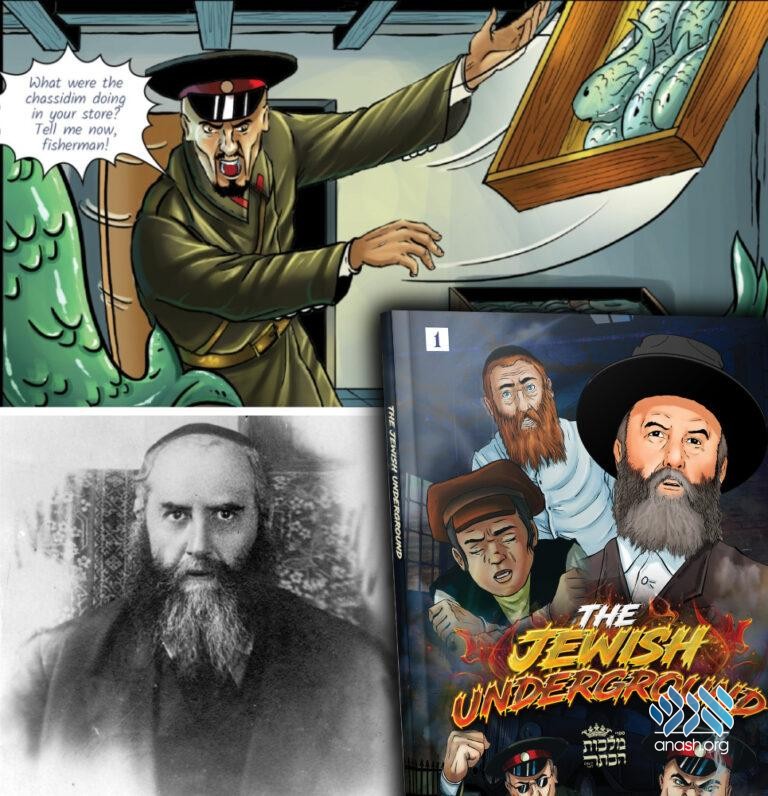 A new comic book titled “The Jewish Underground” tells the story of the fearless Chassidim who were not deterred by the K.G.B. or the Yevsektsia and continued spreading Yiddishkeit at risk of imprisonment or worse…

The year was 5678 (1917). Revolution in Russia. The Bolsheviks (The Red Army) seized control of the Russian Empire, founding the Soviet Union, and setting up a Communist dictatorial regime raising the banner of total denial of G-d.

Russian Jewry was experiencing a dark period of all-out war against religion and Yiddishkeit. Jews who had abandoned the path of the Torah were joining the Communist Party and established a Jewish faction, the “Yevsektsia,” proclaiming war on Jewish life in Russia and throughout the Soviet Union.

Many Jews simply gave in and left Russia for free countries where they could observe Torah and mitzvos in peace. However, one courageous Jew, the Frierdiker Rebbe, fought back and stood fearlessly against the “Yevsektsia” radicals.

With the help of his devoted chassidim, he operated a vast network of underground Talmud Torahs and yeshivos. He and his chassidim did not flinch in the face of imprisonments, persecution, and other harsh punishments.

This is the first volume in the “The Jewish Underground” comics series, the artistic production of Shneur Yarchi, illustrating most dramatically the story of the determined underground and the Rebbe who stood forcefully against the “evil empire.”

The Jewish Underground – volume one is availible at all bookstores.
To order online, click here.