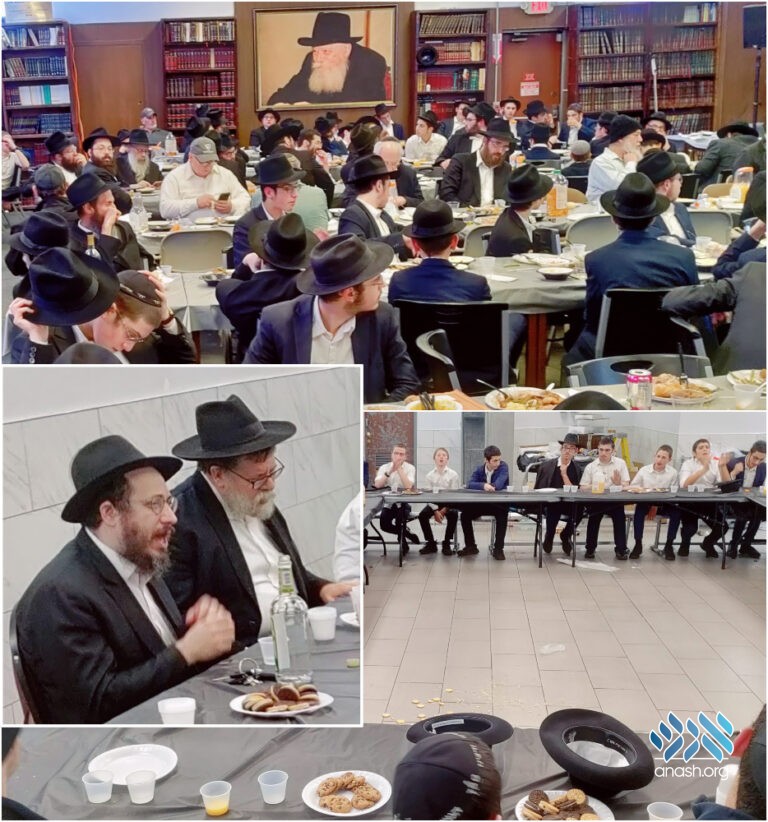 Anash from the Cincinnati community gathered with the bochurim of the yeshiva for a seudah and farbrengen marking 19 Kislev with guest speaker Ohio Head Shliach Rabbi Aryeh Kaltman.

Yeshivas Lubavitch Cincinnati, under the leadership of Rabbi Gershon Avtzon,  hosted their annual 19 Kislev farbrengen for the for the local community and Shluchim in the midwest.  Starting with Maariv, in the spirit of Rosh Hashana L’Chassidus – and a video of the Rebbe – the Kehilla then sat down for the Seuda in the Beis Midrash.

The story of 19 Kislev was told over by hatomim Menachem Gansburg and a Siyum was made by Rabbi Eliyahu Simpson on Masechta Chullin.

The keynote address was by Rabbi Aryeh Kaltman, head shliach of Columbus OH, who also stayed to farbreng with the anash and talmidim.

Reb Simcha Spencer spoke of his journey to Chabad and the powerful effect of Chassidus. The niggunim of the yom tov were sung and there was joyous dancing.

“Everyone took hachlatos – including chalukas hashas – and were inspired to work harder to be mekabel pnei Moshiach tzidkeinu,” Rabbi Avtzon told Anash.org.