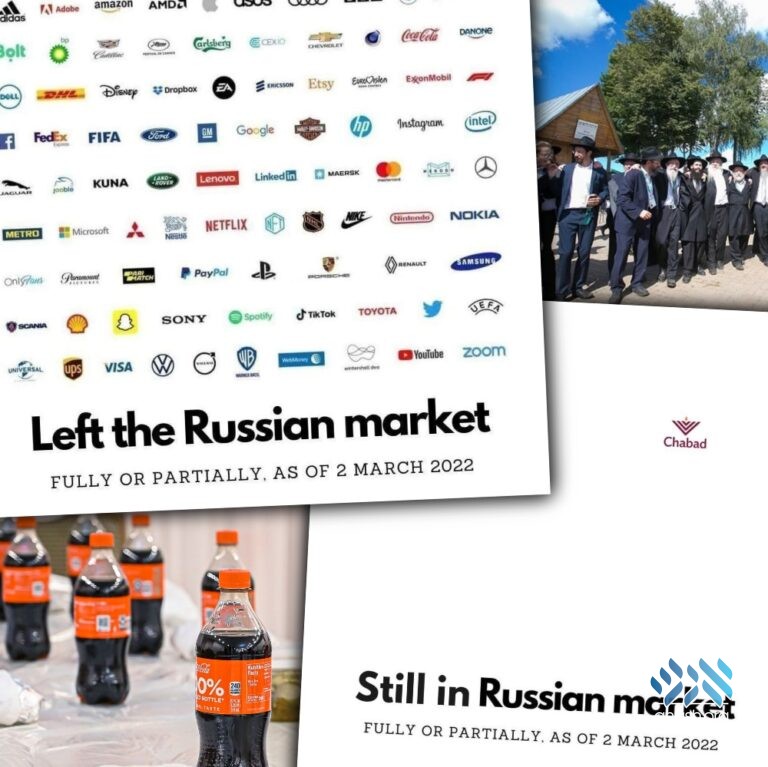 The saying goes “Wherever you could find Coca-Cola, you could find Chabad.” A humorous, but not fully accurate social media post noted that starting Tuesday, Russia will have Chabad, but no Coca-Cola…

Coca-Cola on Tuesday said it will suspend business in Russia, joining a list of companies that are giving in to consumer pressure over the war in Ukraine.

Pepsi also announced on Tuesday they would suspend business in Russia, and a long list of companies announced over the past week that they are stopping, halting or limiting operations in Russia, including BP, Equinor, Exxon and Shell in the energy industry, Boeing and Airbus, Ferrari, Ford, Harley-Davidson, Mercedes-Benz, Toyota, Volkswagen, Volvo in the auto and aviation industries, Adidas, Airbnb, H&M, Ikea, Nike, Unilever, McDonald’s, Discover, Visa, Mastercard, American Express, FedEx, UPS, Apple, Google, and many others.

Although not truly accurate, as Chabad is neither a for-profit corporation nor does Chabad get involved in any sort of politics, social media users shared the post in good humor, noting the mesiras nefesh of shluchim who lead their communities through peace and war, continuing their holy work under all circumstances with no thought of profit or personal gain.

One social media user who enjoyed the post was Moscow Shliach Rabbi Shiye Deitch, director of the Sharei Tzedek Chessed Center, who shared the images on Twitter, and wrote “tachlis”…