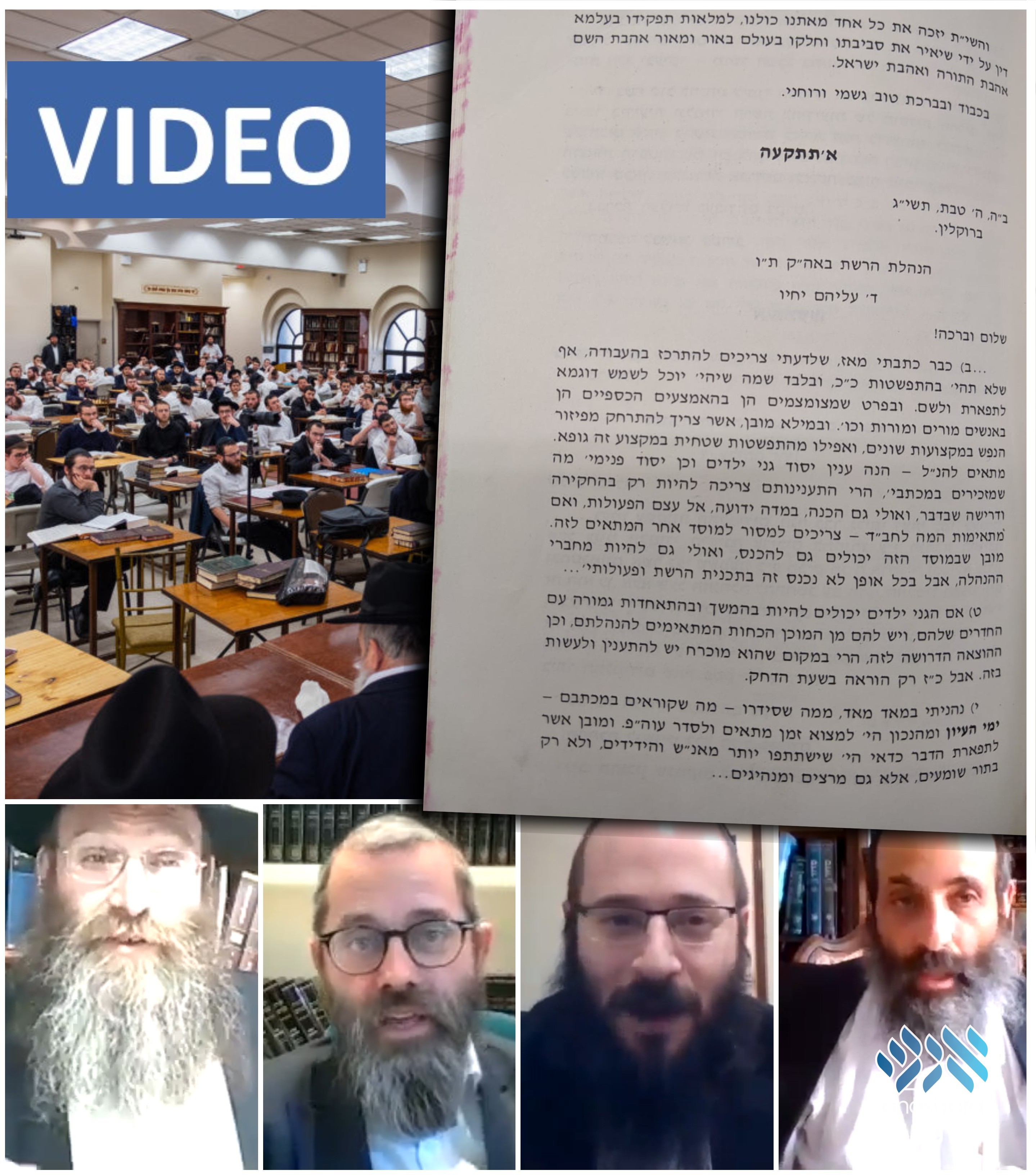 Realizing that regular summer learning programs would not work this summer, Machon Chana’s director Mrs. Sara Labkowski found inspiration from a letter of the Rebbe to launch Chinuch panels that attracted over 2,000 viewers.

One of Machon Chana womens’ Institute’s most successful programs takes place over the summer months. Called “Machon Chana in the Mountains”, it was launched over 40 years ago and ran programs for both women and girls first in the Catskills, and later in Tannersville NY.

The program attracted girls and families from all over the world and was mekarev hundreds of families to Yiddishkeit and chassidus. ‘Machon Chana in the Mountains’ offered Yeshivacation for single women, Kollelim for both men and women, teen programs for Chabad girls and a day camp for kids.

Through the highly successful program, hundreds of people spent their summer vacation learning chassidus, growing in observance and deepening their connection with Hashem while enjoying his beautiful world. Many students experienced their first taste of Torah while others expanded their Torah knowledge under the guidance of renowned teachers.

Over the last few years, the location changed and the summer programs were held in Monsey, and more recently at the Machon Chana campus in Crown Heights, where groups of Russian young women spent a month living and learning Torah, many returned home having undertaken Mitzvos.

This year, however, the coronavirus pandemic prevented the summer program from taking place. Classes transitioned to virtual instruction while the students remained indoors within the dormitory.

As the new reality set in, Machon Chana’s Executive Director, Mrs. Sara Labkowski, was wondering what the Rebbe wanted her to focus on during the coming months. It was obvious that neither foreign students nor even Americans would not be traveling to NY this summer. It was the first time in decades she would not be running a program that would transform the lives of hundreds.

Mrs. Labkowski wrote a letter to the Rebbe, asking what program to work on and for his bracha. The letter she read in Igros Kodesh, gave a clear answer to her question.

The letter, dated 5 Teves 5713, was addressed to the Chabad network of schools in Eretz Yisroel. The Rebbe was replying various suggestions and ideas brought up by the directors.

“The letter specified which type of activities to focus on,” Mrs. Labkowski told Anash.org. “I found it to be directly addressing the queries I had.”

The Rebbe wrote to organize “yimei iyun” like done successfully in the past and to involve a lot of anash and ‘friends’, not only as listeners, but as teachers and organizers.

“There were a number of instructions as well. Firstly, The Rebbe said not young children – to give that to other mossad The letter also said to avoid high cost, and not in a framwork that requires a dormitory. Thirdly, it should be done professionally, and serve as an example for others. It should not be done in a way of abstraction, meaning a thorough discussion of topics,” she said.

“What I took from the letter was that I should organize a series of workshops on relevant topics for women, thoroughly discussing a topic or topics, and present it virtually. This would allow me to keep costs down while involving the maximum amount of participants,” she said.

“After much thought and consultation as to a suitable format, I decided that a series of 90 minute panel discussions on Zoom would be most practical, interesting way to introduce Anash to many of our mechachim and mashpiim worldwide. I knew that one of the most relevant issues was chinuch and parents would appreciate proper guidance in raising Chassidishe children especially at the onset of a new year,” she said

What resulted where the highly successful panels ‘Raising a Tomim’ and ‘Raising a Bas Chabad’. Addressed by veteran educators and streamed live on Anash.org, the panels attracted hundreds of viewers live, and many hundreds more watching the replays.

The panels did not shy away from asking tough questions, and the mashpi’im, teachers and educators discussed topics such as the Rebbes view on secular studies, alcohol in yeshivos, Jewish music, exercise and sports, tznius , phones, peer pressure and the importance of parents bonding with their teenagers as well as other challenges faced by bochurim and girls today.

“The response was overwhelming,” Mrs. Labkowski told Anash.org. “I received many expressions of thanks in person, over the phone and by text. Parents said it really helped them better understand some of what their children are facing.”

“A special thank you goes to Anash.org for streaming the panels, and to panelists Rabbi Shlomo Sternberg, Rabbi Mendel Gordon, Rabbi Osher Farkash and Rabbi Levi Kaplan for the bochurim panel, and to panelists Mrs. Shterna Gruzman, Mrs. Rochel Chitrik, Mrs. Faigy Yuzewitz, Mrs. Rika Slavaticki, Mrs Dinie Gorman, Mrs. Ruti Schochet and Mrs. Feige Slavaticki for the girls panel,” she said. “They made them the incredible success they were, and we iyh look forward to offering more quality programs in the future.”

Suggestions of follow up sessions on chinuch and other “yimei iyun” topics will be welcomed. Contact [email protected]