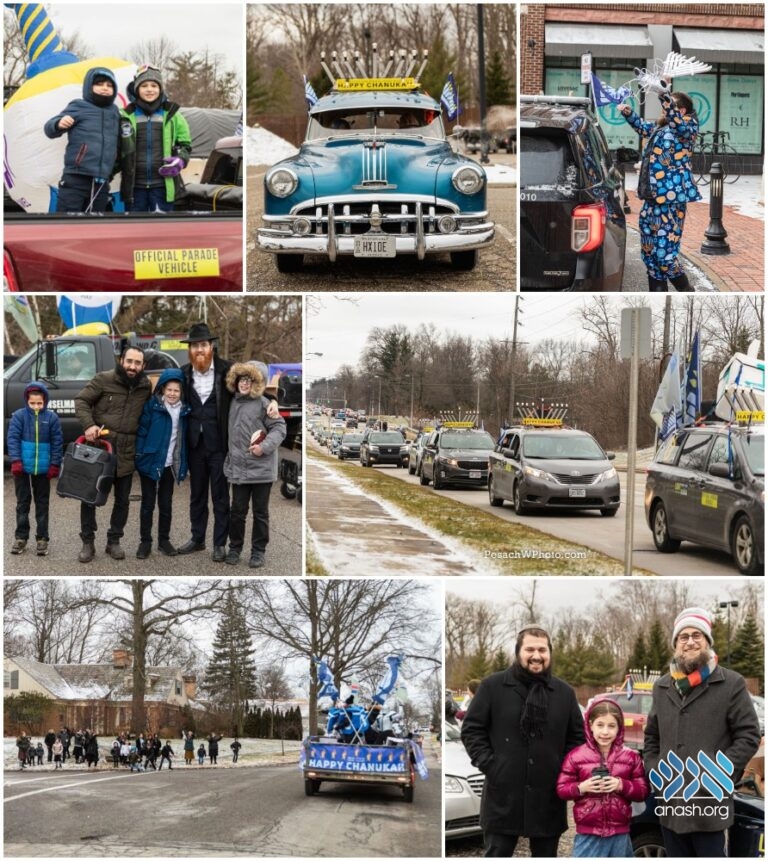 For the 10th year, residents of Cleveland, Ohio were treated to a spectacular Menorah parade and show,  traveling for more than 22 miles and through 4 cities.

Broadcasting a specially mixed parade music track with Chanukah greetings from famous friends, the Parade included many decorated cars, a fire truck, and the mayors from Shaker Heights, Cleveland Heights, and University Heights.

Escorted by local police departments and the Cuyahoga County Sheriff, the Parade traveled with more than 63 cars through 4 cities and for more than 22 miles with menorah cars, floats, and Chanukah music to brighten Cleveland souls with the Chanukah lights. Thousands of people greeted the parade in the cold along the streets as we came through.

The Light After Dark Menorah Parade is organized by the Bulua Family in Cleveland, hosted by Legacy Village, and presented by R’ Mendel and Chana Pinson.