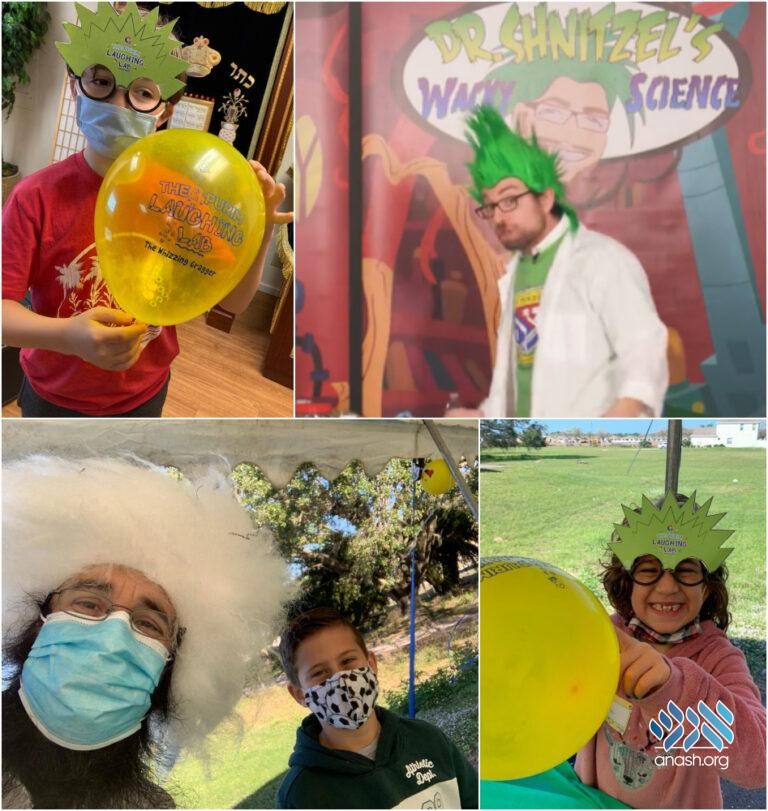 Kids are getting ready to chuckle, chortle, and snicker at the wackiest Purim event that CKids has ever seen, with wacky scientist Dr. Schnitzel, who will have the kids create four mind-blowing contraptions that mix the wonders of science with the ancient history of Purim.

Kids are getting ready to chuckle, chortle, and snicker at the wackiest Purim event that CKids has ever seen. Ancient tales of Shushan meet the wacky science of 2021 for a result that’s as zany as it is hilarious!

Wacky scientist Dr. Schnitzel will take kids on a hilarious science journey, with four mind-blowing contraptions that mix the wonders of science with the ancient history of Purim.

Kids will create a Whizzing gragger, Tzedakah Catapult, and fizzy festive lemonade to bring the holiday to life. They’ll learn all about the extraordinary miracles and quirky characters, from Esther to Mordechai, Haman to Acheshverosh. Along the way you can bet there will be plenty of LOL factor.

“Purim is a holiday known for its pure joy,” says Mrs. Devorah Bush, Shlucha to Petaluma, CA. “We’re channeling that holiday spirit in a club that will keep kids spirits way up.”

No fun will be left behind! Each child will leave the club with a customizable “science themed” Mishloach Manot to gift to a friend! Children will package and label the yummy food items plus add an original Purim joke to pass on the laughter and joy of Purim.

Once again, CKids presents Jewish education in a way that’s fresh, exciting, and a little bit wacky. “The traditions of Purim are completely hands on,” says Rabbi Zalmy Loewenthal, director of CKids. “Between hamentaschen, costumes, and mishloach manot, there are so many interactive elements that we can build upon.”

CKids Club International is the organization behind this Purim celebration. CKids is an initiative that inspires children to make a meaningful impact in their communities through educational programs exploring the richness of Judaism.