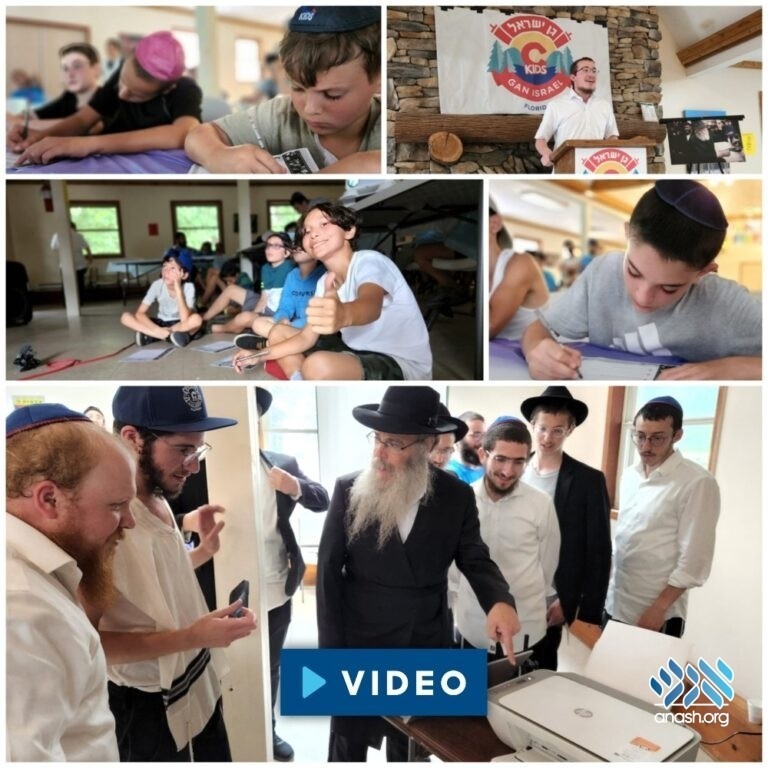 Ckids Gan Israel hosted a Grand Kinnus Torah on their campgrounds – with words of Torah given over by campers, for campers.

In a monumental occasion filled with music, excitement, and words of Torah from North Carolina’s Head Shliach – Rabbi Yossi Groner. A Tanya was printed on the grounds of CKids Gan Israel!

As a part of the Rebbe’s vision to spread Chassidus everywhere as a preparation for the times of Moshiach, The Rebbe instructed that a Tanya be printed in every location where a Jewish population is found.

That vision has since been actualized in thousands of locations – and now the CKids Gan Israel Campgrounds in North Carolina can be added to the prestigious list!

Rabbi Yossi Groner, Head Shliach to North Carolina traveled in for the momentous occasion and was especially impressed by the enthusiasm of the campers to participate in the printing of the Tanya. During the ceremony, he addressed the campers and told them that as soon as the Horaa came out he organized a printing of the Tanya in every Jewish community in North Carolina but that Laurel Hill had been waiting since then for Jewish boys to spend time there learning Torah. Rabbi Groner then taught the kids Perek Lamed Beis and emphasized that the whole idea of camp is to connect with other Jewish people in a way of Ahavas Yisroel.

One of the campers then shared something that they had learned in their classes about Chanuka, the Yevanim didn’t care whether or not the Jews learned Torah or kept some of the mitzvos as long as they did not do it for G-dly purposes. He then connected this to the printing of the Tanya as the whole purpose of the Tanya and Chassidus in general is to show us how Hashem is present in every little detail of the world.

The campers then viewed the ‘Connection Point’ video in which the Rebbe speaks about Tzivos Hashem.

The Tanya was then printed with much excitement followed by joyous singing and dancing!

To take part in the printing of the Tanya you can give a Hakdasha at www.ckidsganisrael.com/donate