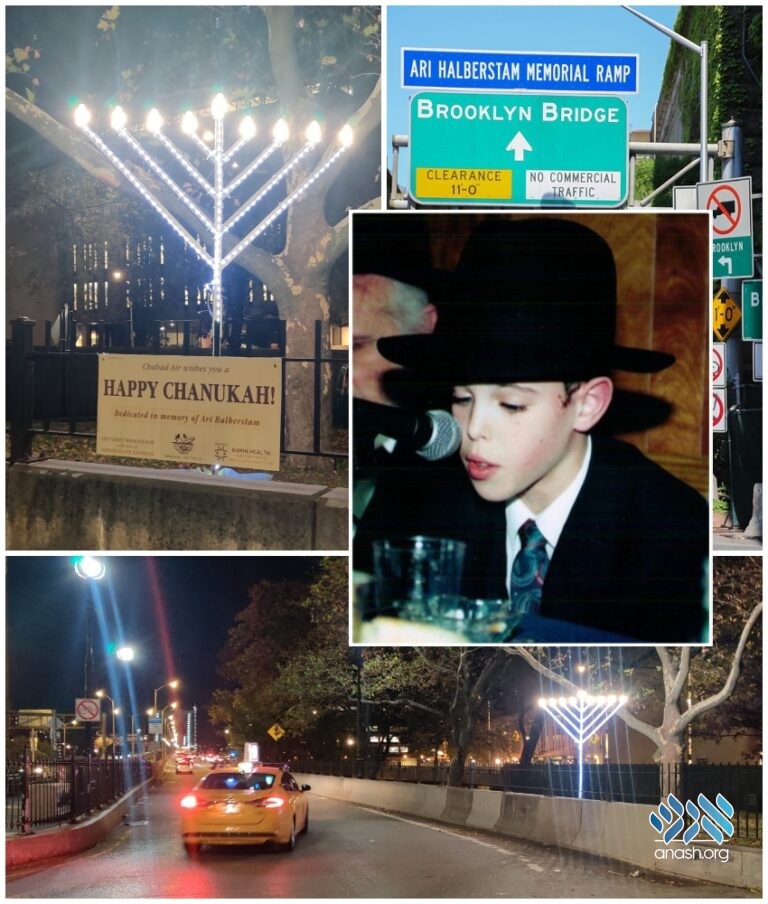 A giant new menorah has been erected right across from New York’s City Hall in memory of Ari Halberstam will be seen by thousands of passersby on each night of Chanuka.

A giant new menorah has been approved by the New York City Parks Department right across from City Hall in downtown Manhatten, which will be seen by thousands of passersby on each night of Chanuka.

The menorah was constructed in memory of Ari Halberstam hy”d, who was shot and killed in a terrorist attack in 1994, just meters away from where the Menorah’s location.

The menorah stands right near the Ari Halberstam Memorial Ramp leading up to the Brooklyn Bridge. The bridge is traversed by millions of people every year. The ramp is a main thoroughfare with several merging points.

The new Menorah was generously sponsored by Kamin Health and arranged by Rabbi Yossi Rapp of Chabad Air.