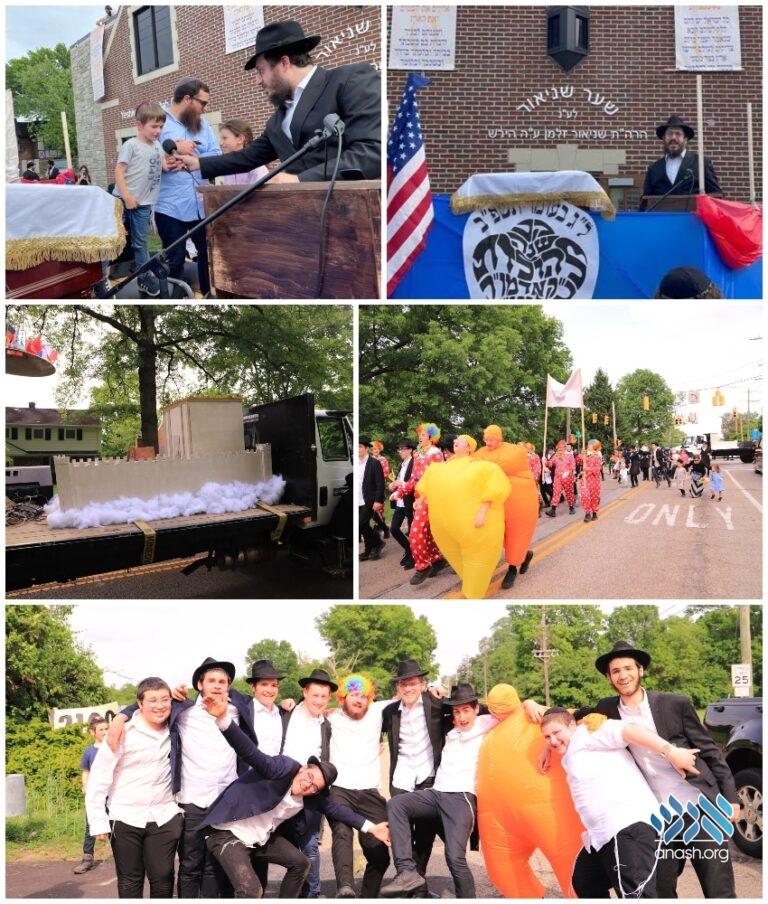 The Talmidei Hashluchim of Yeshivas Lubavitch Cincinnati, under the leadership of Rabbi Gershon Avtzon, organized the largest parade ever in Cincinnati.

The community began the parade, escorted by the local police departments, led by the “Geula float” built by the Shiur Gimmel.. Many families came out and joined the Simcha.

The Parade finished in front of “770 of Cincinnati” (the Yeshiva), where the street was blocked off by the police to accommodate the grand rally and beginning of the new cycle of Rambam. The Rally was followed by a large carnival and then a BBQ and Farbrengen led by Rabbi Eliyahu Simpson.

A novelty for this year: After the official parade, the float and clowns went through the entire community to bring the simcha to all. Everyone was inspired to add in acts of goodness and kindness to tip the scale to Geula!