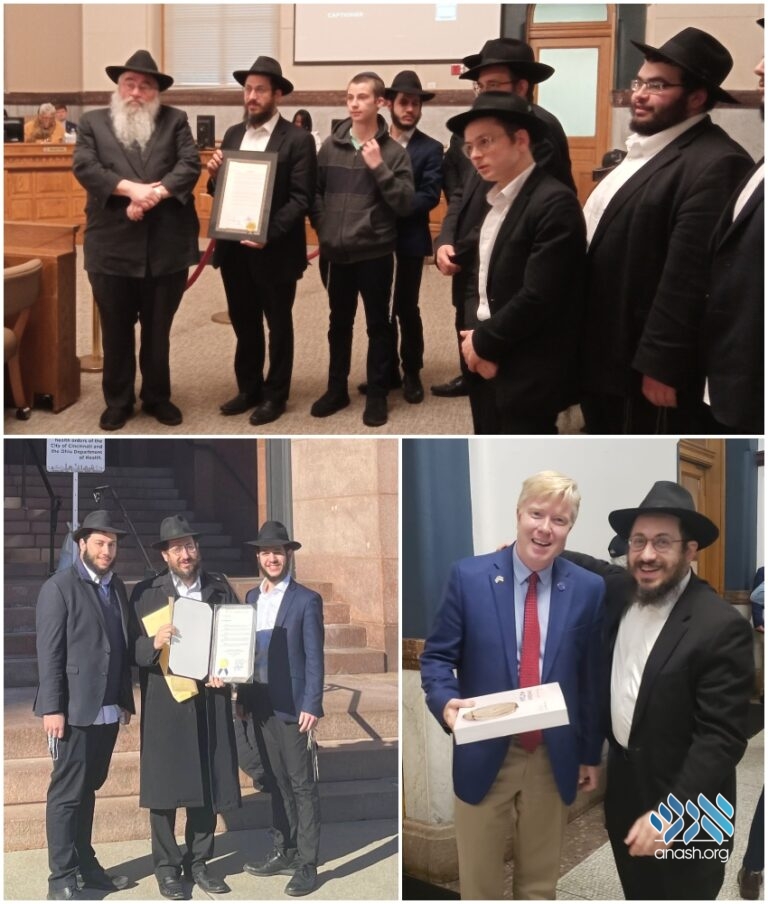 In addition to the annual proclamation by Mayor Aftab Pureval, the entire Cincinnati City Council voted unanimously on an official resolution for Education Day.

In honor of 11 Nissan, there was a historic event in Cincinnati, Ohio. In addition to the annual proclamation by the Mayor – proclaiming Education Day in Cincinnati – the entire City Council voted unanimously on an official resolution for Education Day.

Rabbi Gershon Avtzon, and the Talmidei Hashluchim, of Yeshivas Lubavitch Cincinnati, went to city hall to receive the resolution from City Council. Rabbi Avtzon arranged that Rabbi Shalom B. Kalmanson, senior shliach of Cincinnati, should address the council and explain the significance of the Education Day.

The difference between a proclamation and resolution: A proclamation is a “day” that is “proclaimed” for an event, person, or organization by the Mayor’s office. It is non-binding and has no vote by Council. A resolution indicates the position of City Council and is voted on by the Council. This means that it will be in the record of Council minutes and it is the official stance of the Council.

The delegation then distributed Matzah to the Jewish members of the Council, along with the new “My Story 2” book from JEM, and even celebrated the “Bar-Mitzvah” of one of the Jewish city-council members.