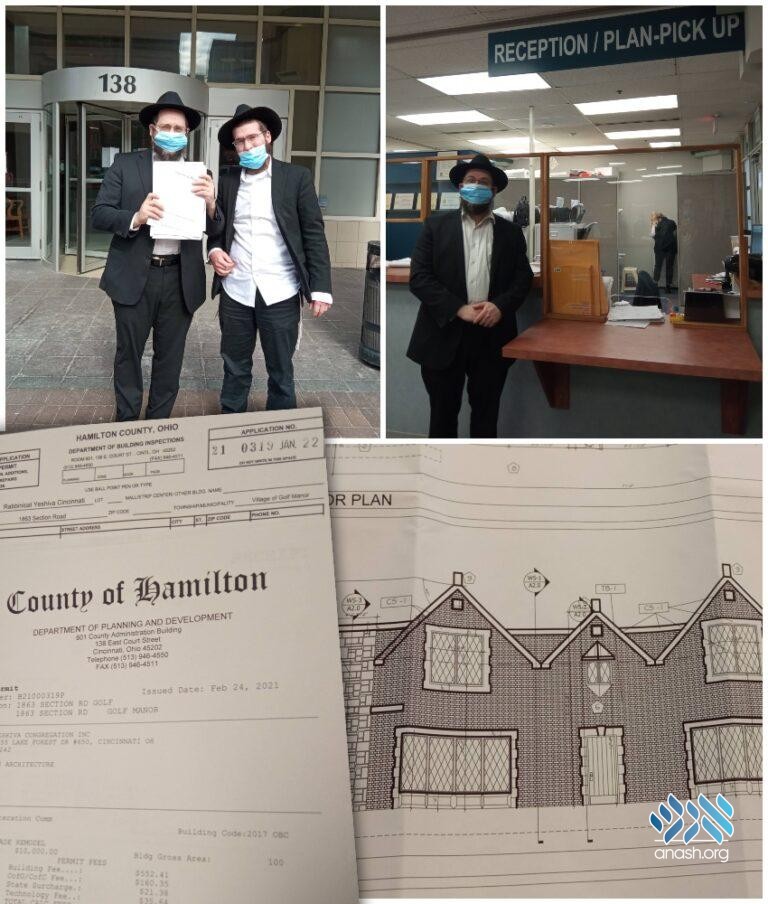 Just before Purim, Yeshivas Lubavitch of Cincinnati received the news that the city of Cincinnati had approved the permit to remodel the Yeshiva building as a replica of 770.

Right before Purim, Yeshivas Lubavitch Cincinnati received the great news: The city of Cincinnati had approved the permit to remodel the Yeshiva building as a replica of 770. Rabbi Gershon Avtzon, the Rosh Yeshiva, hurried downtown to accept the permit on behalf of the Yeshiva.

“For 15 years, we have put so much effort that the atmosphere of the Yeshiva should be the atmosphere of 770″, says Rabbi Avtzon. When one walks into 770, they feel that Lubavitch is alive, the Rebbe is alive and the mission to bring Moshiach is alive. This has been our goal to instill such an atmosphere in our Yeshiva. Cincinnati, the headquarters of the reform-movement, is one of the places that the Rebbe chose to create a Yeshiva in the late 70’s and having a 770 in Cincinnati will definitely help bring the light of Geula to the world”.

After thoroughly renovating the inside of the Yeshiva – kitchen, dining room, bathrooms, locker room and Beis Midrash – it was decided to finally remodel the outside of the Yeshiva in the shape of 770. The Yeshiva hired an expert architect and plans were submitted and after a lengthy review, finally approved. Construction of the new project, named for Rabbi Schneur Hirsch A”H, will begin around 11 Nissan with the goal of finishing by 28 Sivan, the 80th anniversary of  the miraculous rescue of the Rebbe and Rebbetzen and the Rebbe coming to 770 for the first time.