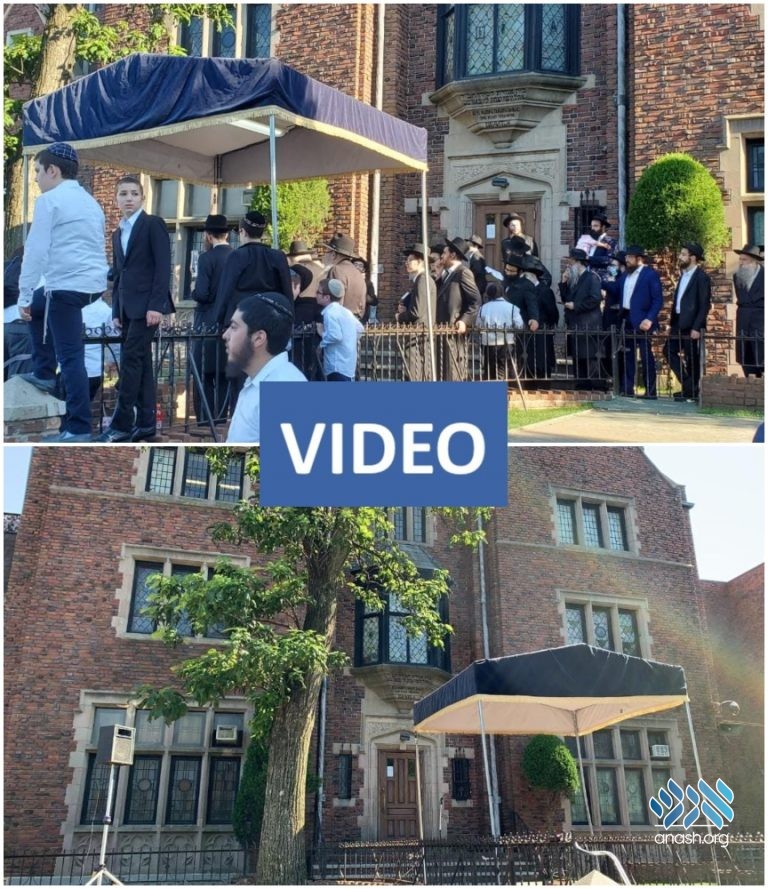 After moving to the Rebbe’s house for almost three months due to COVID-19, chuppahs started reappearing again at Chabad World Headquarters at 770, and wedding halls started opening as well.

In normal times, one walking near 770 Eastern Parkway in the afternoon of almost any day of the year would hear the solemn strains of Daled Bavos, a chazzan bellowing ‘Mi Adir’, or the joyous dance following a chuppah. However for the past few months, one only heard silence when passing 770.

The coronavirus pandemic which changed so much in our lives, also shuttered 770 and had it closed for close to three months. Under the watchful eye of the NYPD, even outdoor gatherings near Lubavitch’s headquarters were disallowed.

With no other choice, families making simchas had to make their chuppahs elsewhere. Some choose to make them outside the Rebbe’s house on President Street, and others made it by private houses.

Last week, as New York City entered Phase II of reopening, 770 reopened to the public. The move was greeted with dancing and jubilation, and many felt that the move was a big step towards ‘normal’.

Just a few days later, with the ‘wedding season’ in full force, the first chuppahs starting being seen outside 770 as well. Although the crowds were downsized in accordance wit government regulations, the rejoicing felt by the celebrating families spread to many of the onlookers and passerby who expressed their joy at once again seeing the start of new Jewish homes outside the Rebbe’s shul.