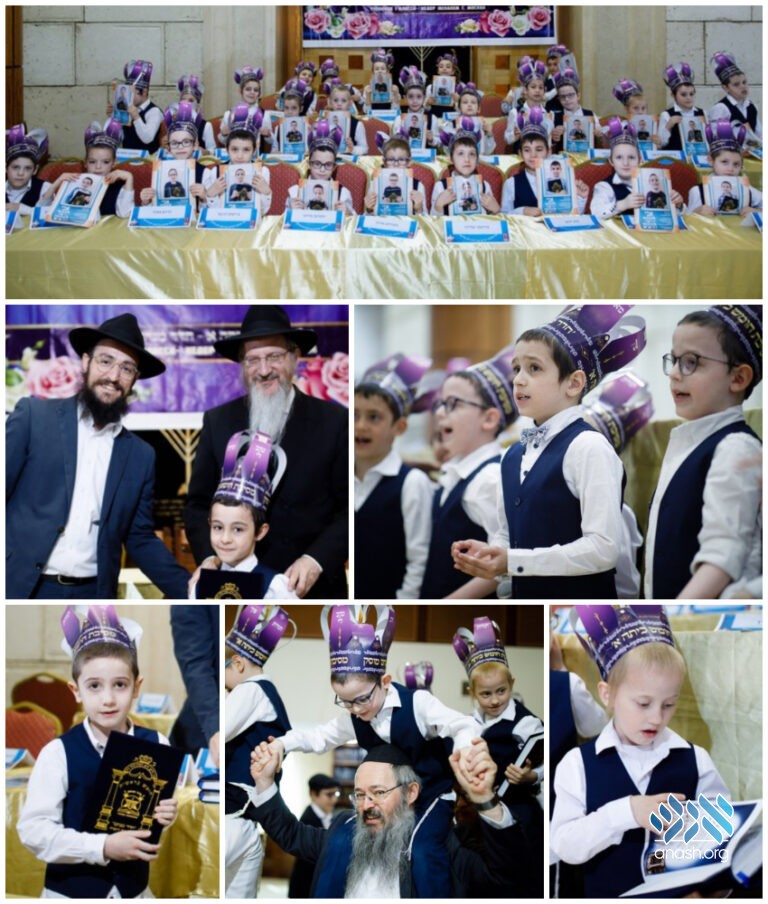 With a rapidly growing Jewish community, over 30 first-grade students of Cheder Menachem Moscow celebrated their Chumash party. Brand new chumashim were handed to each child by Chief Rabbi of Russia Berel Lazar.

It was with great joy and excitement that the Kita Alef students of Cheder Menachem Moscow celebrated their Chumash party. The brand new chumashim were handed to each of the sweet children personally by the Chief Rabbi of Russia and founder of the Cheder, Rabbi Berel Lazar.

With the expansion of Jewish schools in the city, and along with the quickly growing Jewish community, this year there are over thirty students in Kita Alef. The excitement could be felt in the air as they all gathered along with their parents and other community members – many for whom this was their first time seeing such an event – in order to witness the Torah being passed down from one generation to the next.

The first to speak was Rabbi Yosef Yitzchak Lipsker, General Director of the Mosdos Chinuch. The event was emceed by the Cheder principal Rabbi Avraham Gewirtz, and was beautifully produced by Kita Alef mechanech Rabbi Avraham Elimelech Gedzh. At the event’s conclusion, the parents emotionally thanked the Cheder staff for their ongoing dedication to the children and their pure Jewish chinuch.