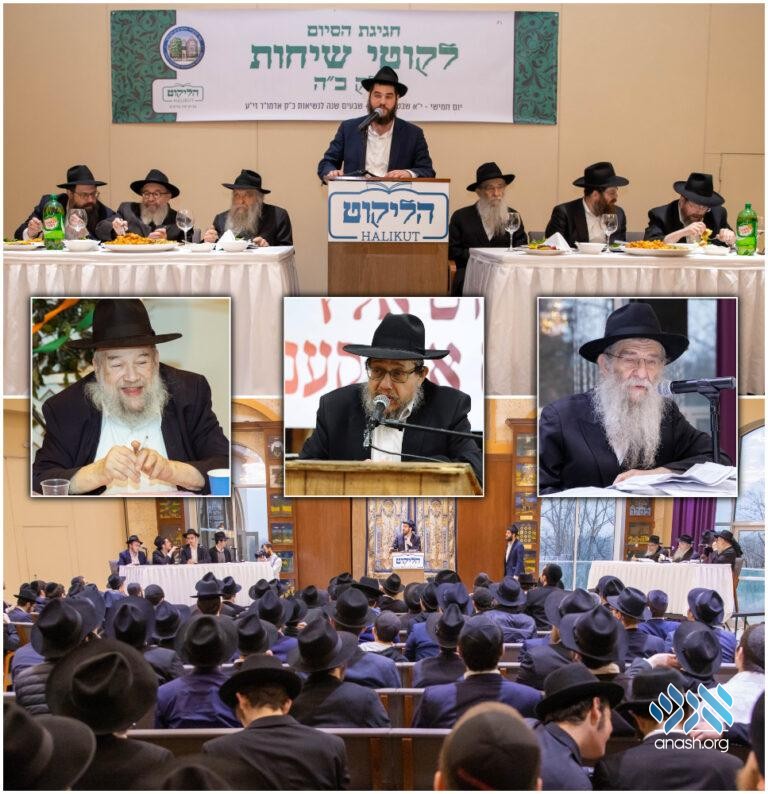 The Halikut program by Vaad Hatmimim has announced the names of the three testers for the Halikut siyum, as three hundred bochurim from around North America have qualified to take this year’s grand test.

Three hundred bochurim have qualified to take the grand test at this year’s Halikut Siyum.

An annual highlight of the Siyum — now taking place for its third year — is the on-stage competition, where finalists are tested by the chozrim on the full sefer.

Halikut has now announced its testers for 5781:

Rabbi Nachman Schapiro – A Halikut tester for his third year, Rabbi Schapiro served as editor of Likkutei Sichos, and a founding member of Vaad L’hafotzas Sichos. transcribing the Rebbe’s words for many years. Rabbi Schapiro is a chief Mashpia in Oholei Torah.

Rabbi Avrohom Gerlitzky – Joining for his second year, Rabbi Gerlitzky served as a transcriber of the Rebbe’s farbrengens,  founding the Vaad Hanochos Hatmimimin in the 5720’s. Rabbi Gerlitzky founded Oholei Torah’s Kovetz Haoros, where he serves as a leading Rosh Yeshiva.

Rabbi Sholom Charitonow – A tester for his first year, Rabbi Charitonow served as a transcriber of the Rebbe’s maamorim during the 5730’s and 5740’s. Rabbi Charitonow is an editor of Chassidus encyclopedia “Sefer Ha’erkim”, and serves as a mashpia in Oholei Torah.