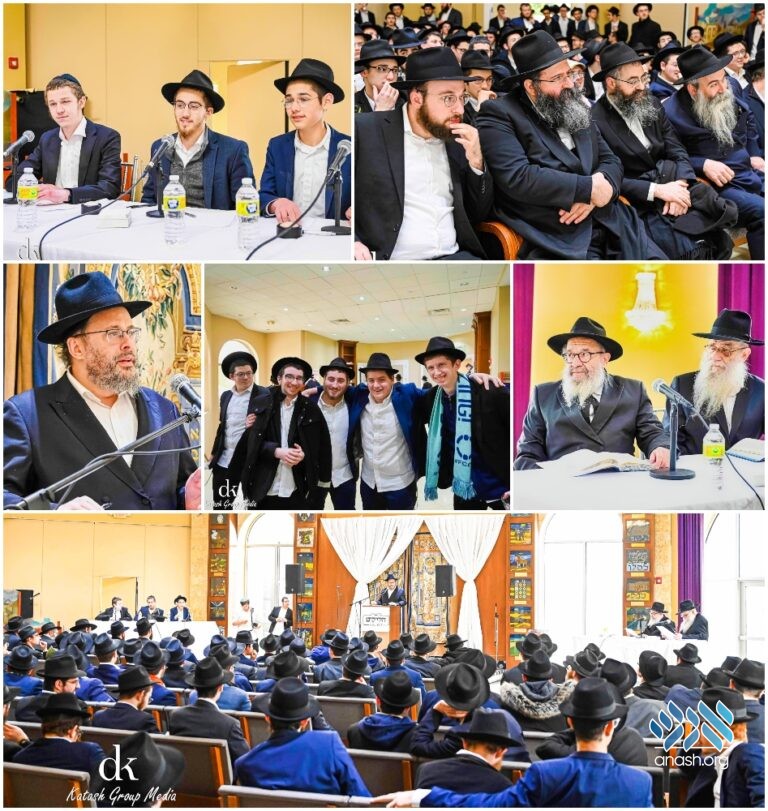 Three finalists from among 300 bochurim were tested on their knowledge of a full volume of Likkutei Sichos by two of the Rebbe’s chozrim, competing for a grand prize of all the Rebbe’s Torah.

Three finalists from among 300 bochurim were tested on their knowledge of a full volume of Likkutei Sichos by two of the Rebbe’s chozrim, competing for a grand prize of all the Rebbe’s Torah.

The chidon came at the conclusion of the Halikut event, where over 300 bochurim from around the world gathered to take the final test on a full volume of Likkutei Sichos. Each one of the bochurim had studied the volume for months, and passed every test to qualify to attend the grand event.

Now in its fourth year, the Halikut program is revolutionary in its effectiveness on bochurim’s learning. Each bochur takes three general tests which then qualify him to attend the Halikut Siyum, where the grand test is taken on all the Sichos at once. This in effect requires the Bochurim to review the Sichos many times so that they remember all the details of the entire sefer.

After the tests were graded, the three finalists appeared in an on-stage competition where they were tested by the chozrim on a full sefer of Likkutei Sichos of the Rebbe.

The three finalists were Mendel Gourarie of Detroit Yeshiva, and Meir Greenberg and Shneur Zalman Lifshitz from Morristown Yeshiva.

For the on-stage competition, moderated by Rabbi Amram Farkash, the finalists proved their knowledge on a full Sefer of Likkutei Sichos. They were tested by chozrim Rabbi Nachman Schapiro and Rabbi Leibel Schapiro.

Special thanks were given to the organizers of the Halikut program, a project of Vaad Hatmimim led with dedication by Rabbi Tzvi Hirsh Altein, together with Halikut’s organizers Tzvi Alperowitz, Boruch Ceitlin, Peretz Garelik and Mendel Goldman . Thanks were also given to all the shluchim of each participating yeshiva that made Halikut possible, especially Mendel Azimov, Levi Katz, Levi Sudak, Berel Marazow, Berry Zirkind, Schneur Wilhelm and Menachem Schmerling for all their tireless efforts.