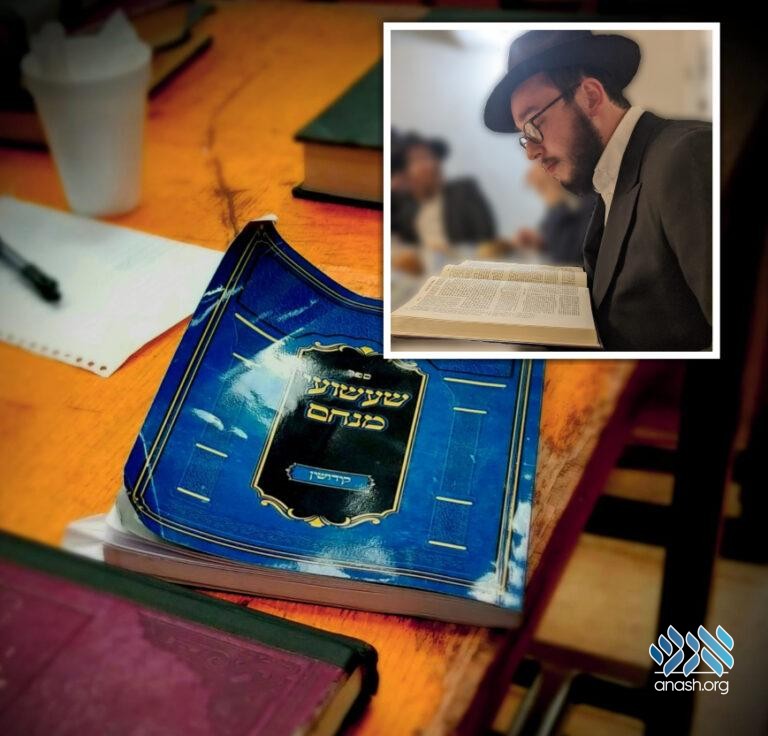 Guests at the wedding of Mendel and Beila Prescott (Haor) were presented with a unique memento: Two seforim written by the chosson himself, and published in time for the wedding.

Guests at the wedding of Mendel and Beila Prescott (Haor) earlier this month were presented with two unique mementos showcasing months of the chosson’s toil in studying Torah.

The mementos, titled “Sa’ashuei Menachem”, contained the chiddushei Torah of the chosson. Volume one was his chiddushim and notes on Maseches Kiddushin, and volume two were ha’aros u’biurim on Shabbos and the Yomim Tovim.

In a conversation with Anash.org, the chosson explained what motivated him to write and publish his chiddushei Torah despite all the pre-wedding preperations.

“During the years I learned in Yeshiva Ohr Elchonon Chabad in Los Angeles, I spend a lot of time studying, and consulting with the Rosh Yeshiva, Rabbi Ezra Schochet, and Baruch Hashem, I gained a lot,” he says. “Last year, however, I approached him with a dilemma.”

Mendel says that he asked Rabbi Schochet for advice how to organize his thoughts when learning.

“Rabbi Schochet advised me that writing is the best tool for organization, and he strongly suggested that I begin writing down what I am learning,” he said.

He began writing down his notes and thoughts on the Gemara he was learning, and before long, he had a nice sized collection of chiddushei Torah.

Then, at the beginning of 5781, Mendel got engaged and began preparing for his wedding.

“I decided to print my notes in an organized fashion, hoping others could benefit as well,” he said.

But Mendel wasn’t satisfied with one sefer. He wanted to write and publish something specifically for the chassuna.

So, he did. During his engagement, Mendel wrote a full second sefer, this one containing notes and explanations on Shabbos and Yomim Tovim.

Guests by the wedding were delighted to receive the two seforim, a true celebration of months of toil in studying Torah, and the fulfilment of the Rebbe’s demand for everyone to be mechadesh b’Torah.

Mendel says that he hopes to put out a second edition in the near future which will be available for the wider public.