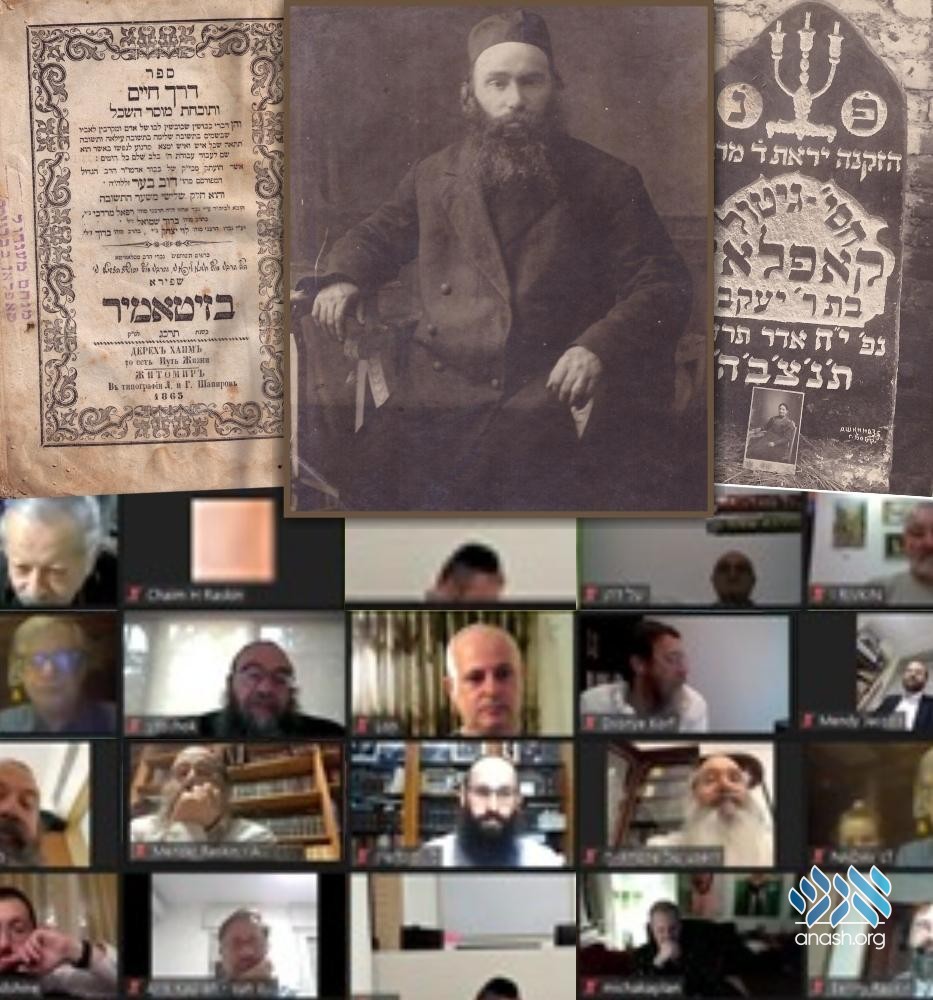 Hundreds of descendants of Reb “Mendel der Chossid” Kaplan, a chossid of the Rebbe Rashab and the Frierdiker Rebbe, gathered this past week online to mark 100 years since his passing.

Hundreds of descendants of Reb “Mendel der Chossid” Kaplan, a chossid of the Rebbe Rashab and the Frierdiker Rebbe, gathered this past week online to mark 100 years since his passing.

The virtual gathering was held ahead of the yahrzeit, Vov Cheshvan, which fell this year on Shabbos Parshas Noach.

Many of the descendants serve as shluchim around the world, while others grandchildren of the famed chossid do not count themselves as Lubavitchers. There was even a large number of participants who consider themselves unreligious, bringing out the story of so many frum families in the Soviet Union.

Despite the differences in culture, language and background, they all came together to remember their shared grandfather, to share stories about the man so revered in their family, and to join together in the niggun of Daled Bavos.

The meeting was arranged by Reb Mendel’s granddaughter Mrs. Aviva Plai (daughter of his son R’ Eliyahu Kaplan a”h) and his great-great grandson Rabbi Chaim Hillel Raskin (great-grandson of his daughter Mrs. Druiza Raskin a”h). Speaking were representatives of every branch of his descendants.

Reb Mendel was born (around 5629) to his father, R’ Yaakov Kaplan, a chossid of the Tzemach Tzedek, the Rebbe Maharash and the Rebbe Rashab.

Rabbi Mendel, who was called “Mendel der Chossid”, ran a large store that “robbed” him of much time and attention. Nevertheless, he devoted many hours of his day to davening b’arichus and giving shiurim: between Mincha and Maariv he would teach “Ein Yaakov”, and after Maariv – Mishnayos.

His zealousness for Lubavitch was well known, but nonetheless he was also honored by Babroisker Chassidim in the city.

Reb Mendel’s house excelled in hospitality, and the family never ate without a guest at the table with them.

The long journey was very dangerous as transportation in general was disrupted, and the warlike atmosphere of “military communism” that prevailed during that time added to the dangers of traveling.

About 200 kilometers from Rostov, near a small station called Milirovo, in the heart of an area that was known to be controlled by the Cossacks, a group of rioting Cossacks took over the train, attacked the Jewish passengers, robbing them of their property and threw them off the train, murdering most of them.

Reb Mendel was also thrown off the train, and when the train workers arrived in the morning, they found him wounded and took him to a local clinic. He was later transferred to a larger hospital, and from there he wrote several letters to the Rebbe in Rostov, all asking one request: “Please daven that I come to a kevuras Yisroel.“

A few weeks later, after he recovered somewhat, he continued his journey to Rostov and arrived there before Sukkos of 5681. That Yom Tov, he called the Frierdiker Rebbe “Rebbe,” the first to do so, and the Rebbe accepted the title.

At the Simchas Torah farbrengen, the Frierdiker Rebbe spoke with great fervor and said: “How does a Yid write a pidyon and ask for a kever Yisroel?! A Yid asks for life, not to be buried!”

After the Yomim Tovim, his health took a turn for the worse, and he was hospitalized again. On Vov Cheshvan 5681, he passed away and was buried in close proximity to the Rebbe Rashab’s Ohel in Rostov. When the Rostov municipality decided to develop the land of the Jewish cemetery and the Rebbe Rashab kever was relocated, Reb Mendel’s body was moved as well.